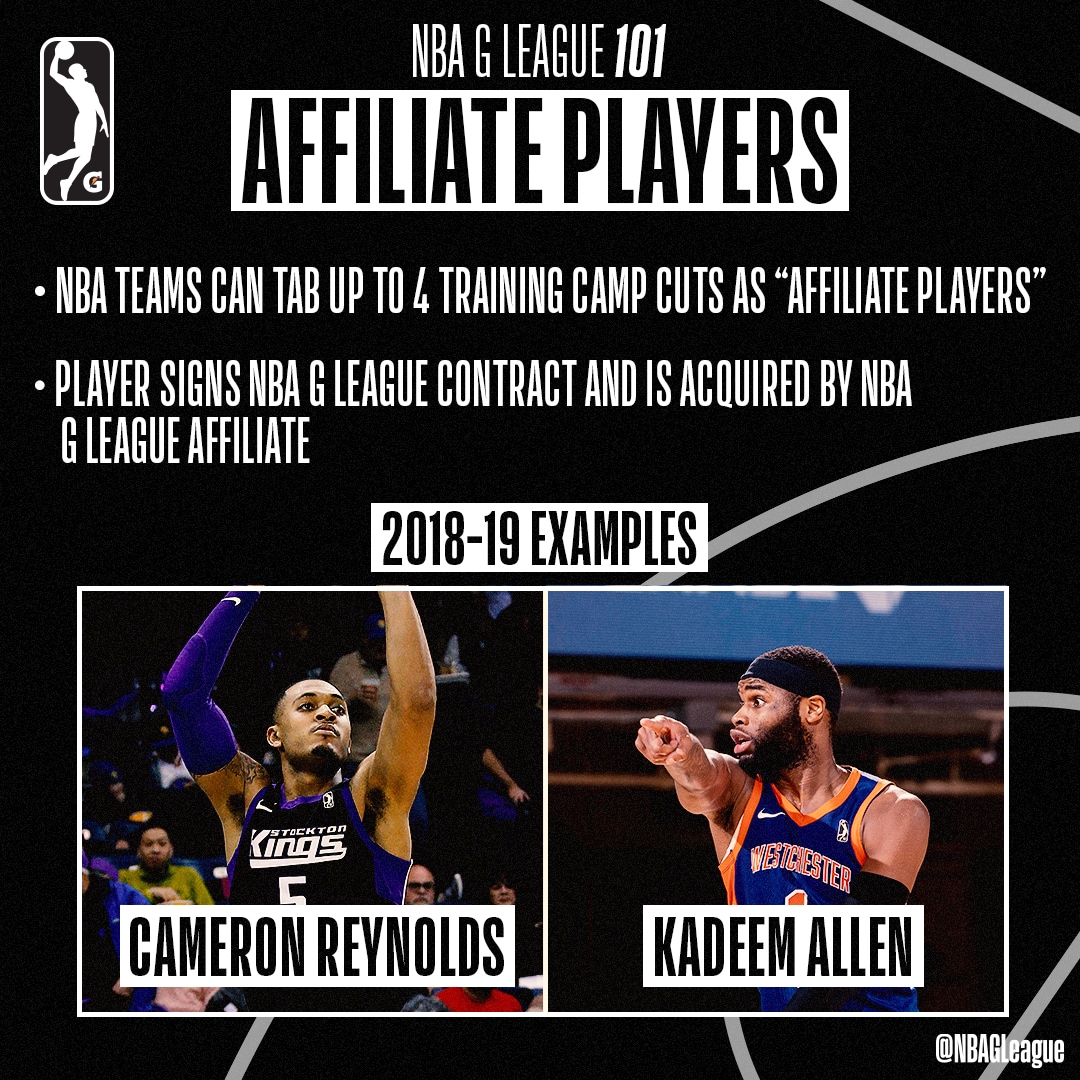 From September to October, NBA teams trim their rosters from a maximum of 20 players invited to training camp to 15 on opening night. The “affiliate player rule” allows them to retain up to four of the players that they waive, while an additional two rosters spots are now available for Two-Way Contracts.