The NBA G League features an all-time high 30 teams, 28 single-affiliated with an NBA parent club. The league originally launched with eight teams in 2001-02.

- The Detroit Pistons debuted the Motor City Cruise, who play their home games in Detroit, Mich. at Wayne State Arena.
- The New Orleans Pelicans announced the Birmingham Squadron, which played in Erie starting in 2019-20, and relocated to Birmingham in 2021, following the renovation of Legacy Arena.
- Capitanes de Ciudad de México made their NBA G League debut in 2021.

The NBA G League also welcomed the Denver Nuggets, who entered into a hybrid affiliation with the Grand Rapids Gold, who were formerly the affiliate of the Detroit Pistons.

Learn more about the changes and new teams: 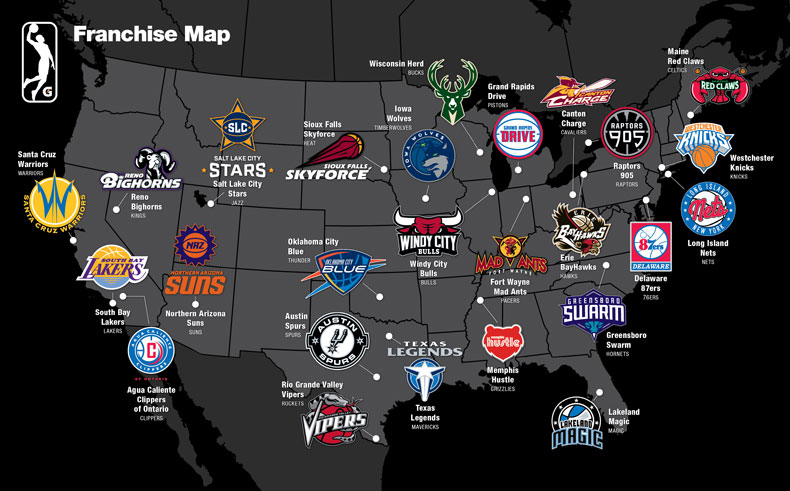