Life after basketball came relatively easy for Baron Davis. He retired to his wife and two kids in Los Angeles, dedicated his time to producing a documentary and attended the occasional NBA game at the Staples Center.

But it also came with one constant request: “We wanna see you play again.”

No matter where Davis turned, he explained on Friday afternoon, someone was waiting to ask about the potential return of B-Diddy. “On Twitter. On Facebook. On Instagram. Walking in the store. In a cab. In an Uber. At the grocery store. Friends, family.”

“Slowly but surely, I started using that as motivation,” Davis said at the Bob Carpenter Center in Newark, Delaware. “And now I’m here.”

On Friday night, they finally saw him play again. Nearly four years after he last appeared in an NBA game, Davis showed he still has some left in the tank, putting up eight points and four assists in 19 minutes in his 87ers debut.

Delaware, the Sixers’ affiliate, fell to the Iowa Energy 114-106. Davis battled foul trouble, but flashed the game that made him a fan favorite throughout a 13-year NBA career, dunking for his first basket, tossing a no-look alley-oop and sinking a 30-foot three-pointer.

At 36, Davis says he’s caught the basketball “bug” again. He said he didn’t sleep much in the two days leading up to the game. “It’s like having a sweet tooth and walking into a candy story,” he described after morning shootaround, “and you haven’t been to a candy store for a year, so you just want to eat everything.”

But to understand the motivation behind his latest career move, you have to go back to the May 6, 2012 the day when his 13-year NBA career came to an abrupt halt. It was the first round of the NBA Playoffs, and Davis, then a New York Knick, raced for a layup against the Miami Heat. He took three dribbles, planted on his right foot and felt his knee give out.

Davis said he didn’t feel fully recovered from the injuries — a torn ACL, MCL and a partially torn patellar tendon — until this past year.

“I think every player that retires wants to retire on their own will or because they’re just not good enough. For me, that didn’t necessarily happen,” he said. “Being carried off in the Garden on a stretcher was not my ideal situation for leaving the game.” 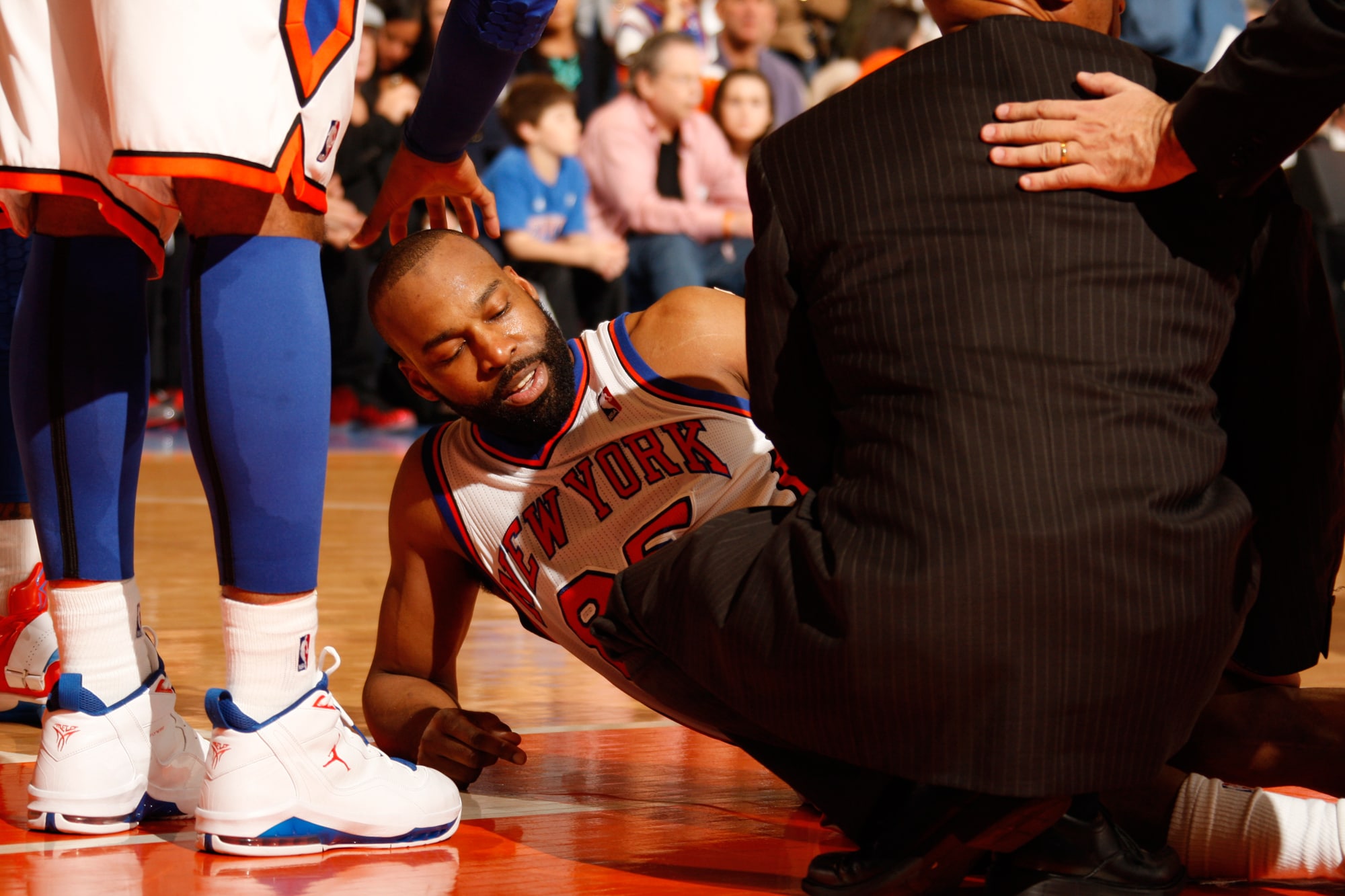 The itch to play again returned in full force this past summer, when Davis worked out with Paul George, Reggie Jackson and others in L.A. Their energy — “young boy swag,” Davis called it — carried him through his first regular workout schedule in years and into January when he first signed an NBA D-League contract.

After clearing waivers and waiting in the available player pool since early February, the Sevens signed him on Wednesday. Davis said he spoke with members of the Sixers organization about taking on a role as a mentor for their Development League affiliate. He joined the team for his first practice on Friday morning.

“It’s humbling. It’s something special,” Davis said. “I can be around young guys and see what they think, see what it feels like. For me, it’s just like working my way up. I want to start from the bottom and go as far as I can.”

The comeback started from the bench and will likely continue to play out in small doses. The Sevens began the day 38 games into a 50-game season and, like the rest of the minor league, are loaded with young players equally hungry to reach the next level.

But for now, Davis said he was happy to be wearing any uniform, playing on any court.

“The ultimate goal is to go as far as I possibly can, to use this last month of the season to get in better basketball shape, get some games under my belt, to have a good summer and wind up in [an NBA team’s] camp or playing some Summer League,” he said. “Right now, the game is so different because I just get to play. There’s no pressure. I don’t have to answer to anybody; I’m just out here more so like a free spirit.”