After another run through the NBA Development League gauntlet — from the survival-of-the-fittest Summer League and NBA training camp cuts to the 50-game regular season, Showcase and two playoff rounds — the last two teams standing are the same as a year ago: Santa Cruz Warriors vs. Fort Wayne Mad Ants.

A best-of-three series for the 2015 title lies ahead, and the individual goal of everyone involved – make it to the next level – will be set aside in favor of the pursuit of a ring.

Here are the stakes for this year’s Finals:

While these two teams met in last year’s Finals, rematches in the NBA D-League aren’t like rematches elsewhere. Just five players remain for the 2015 series, a sign that: 1) last year’s outcome –a Mad Ants’ sweep – will have little, if any, bearing on this year’s, and 2) it’s especially impressive to sustain success in a league where roster turnover is the norm.

Whether the Mad Ants become the second ever team to win back-to-back titles or the Warriors win their first in three tries, it will be a banner year for one franchise.

Year of the Warrior? 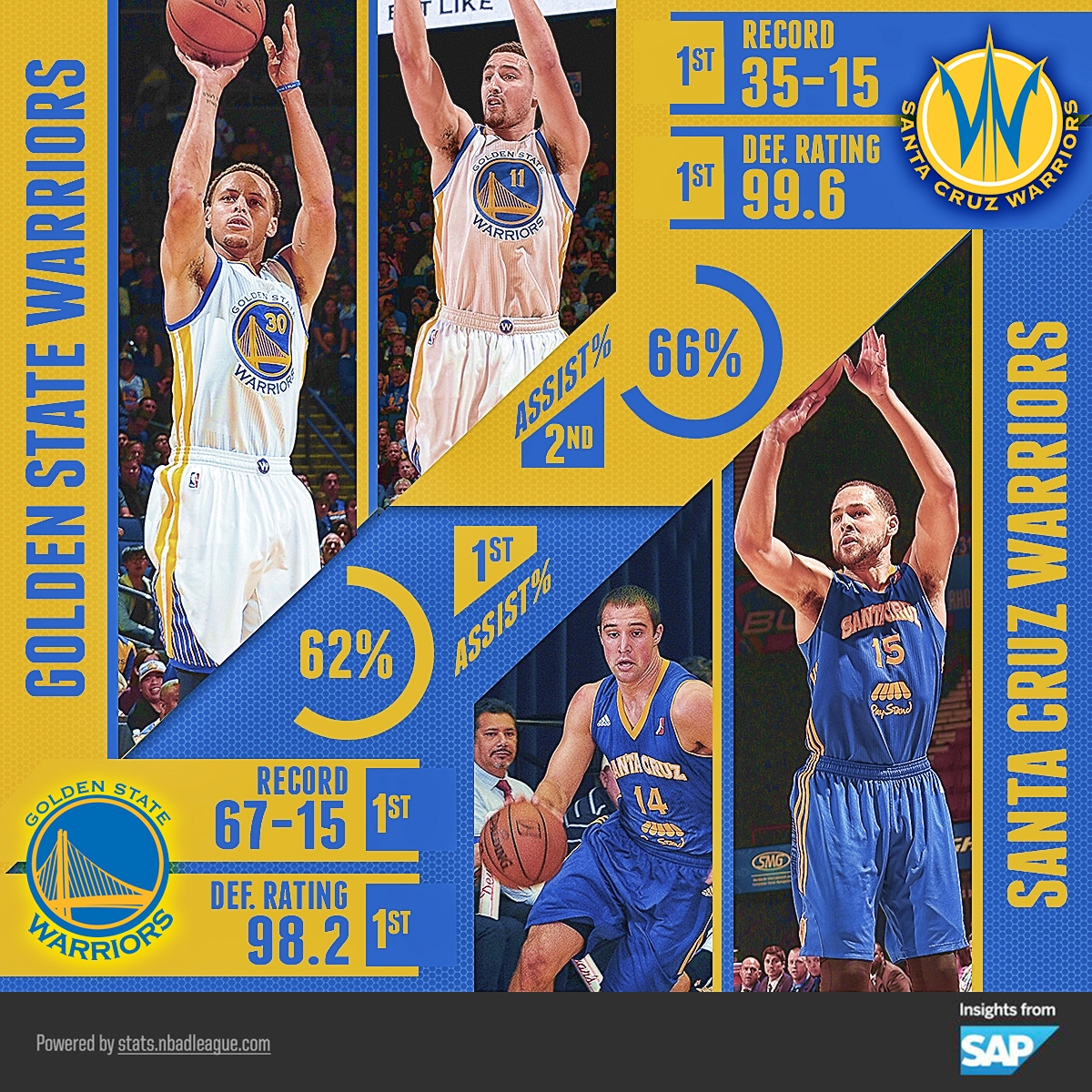 While the Golden State Warriors put together a historic season in Oakland, the Santa Cruz Warriors across the bay have done a top-notch imitation.

Now it could be time for the minor leaguers to set the example for the big leaguers.

Like Golden State, Santa Cruz has some postseason losses to avenge – namely defeats in the last two NBA D-League Finals during their first two years as a franchise. And while Klay Thompson attempts to shoot the Dubs into the NBA Finals, older brother Mychel Thompson will play a crucial role as the Sea Dubs’ primary floor spacer.

Craft is the league’s Defensive Player of the Year – not to mention the two-time Big 10 DPOY – who’s anchored the top defense all season long.

Crawford is Fort Wayne’s hired gun, a freestyling combo guard with an AND-1 handle and in-the-gym range who a year ago dropped 41 points in an NBA game, let alone the NBA D-League.

Their head-to-head battles should be fun to watch as Craft tries to prove that he can lock down an elite scorer and Crawford that he can still rise to the occasion following a season in China.

NBA scouts are always watching, but even more eyeballs will be on the cream of the crop in this series — with the NBA D-League Finals appearing on the ESPN family of networks for the first time.

Who will make their case for an NBA roster spot?

For the Warriors, Elliot Williams earned three Call-Ups this season but has yet to stick, and fellow former NBA Draft pick Darington Hobson has at times been equally explosive.

For the Mad Ants, former Syracuse standout C.J. Fair has come on strong over the past month, while Matt Bouldin and Trey McKinney-Jones have served as glue guys after returning from last year’s title team.

An Audition for All

It’s not just the NBA D-League’s players who are pushing for a Call-Up; it’s everyone surrounding the game, from the general managers to the referees.

Eight years ago, a 33-year-old named David Joerger coached the Dakota Wizards to an NBADL title; now, of course, he’s leading the Memphis Grizzlies on another playoff run.

Head coaches Casey Hill (Warriors) and Conner Henry (Mad Ants) hope to follow in the footsteps of Joerger and the six D-League Finals coaches over the past 14 years who have gone on to become NBA assistants.