There’s no clearer path to the NBA than to shoot your way there; just ask Jarell Eddie, who at this time a year ago was lighting up the NBA Development Three-Point Contest in Brooklyn, New York.

Now Eddie has carved out a long-term role as a sharpshooter off the Wizards’ bench — an example that if you bring elite shooting to the table, the NBA team will find a spot for you.

This year’s Three-Point Contest field features six players hoping to follow in Eddie’s footsteps, led by one of the most well-known shooters in college basketball over the past decade: Jimmer Fredette.

Size up the six-man field for the 2016 competition — which tips Saturday, February 13 at 1:30 p.m. ET at Toronto’s Ricoh Coliseum — with a look at player-by-player highlights and shot charts:

*Update (Feb. 8): Austin Spurs guard Orlando Johnson has been called up to the Phoenix Suns and replaced in this event by Maine Red Claws forward Omari Johnson. 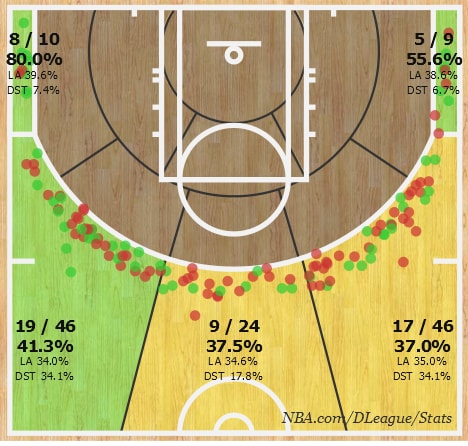 Prospect Watch: NBA teams are monitoring Fredette’s defense and point guard play closely as he pushes to be the NBA D-League’s next Call-Up. But Jimmer has made one thing clear, in case it wasn’t already: He can flat-out stroke it. The Westchester Knicks star has hovered around the elite 50-40-90 shooting percentages throughout the season. 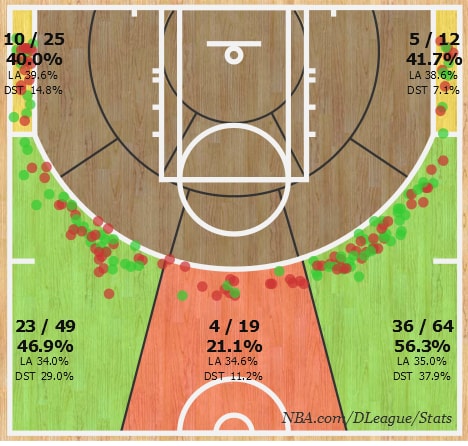 Prospect Watch: It’s only fitting that the league’s kings of run-and-gun are well-represented in the three-point contest. “The System” in Reno has produced 36 three-point attempts per game — and an 18-10 record. Hearn has caught the fever, transforming into a top-notch shooter since his days at Northwestern. Prospect Watch: Ingram has been torching nets across the NBA D-League for the past eight years. He’s the league’s all-time leader in three-pointers made, hitting at a 45% clip from beyond the arc, and is shooting better than ever at 30 years old this season. 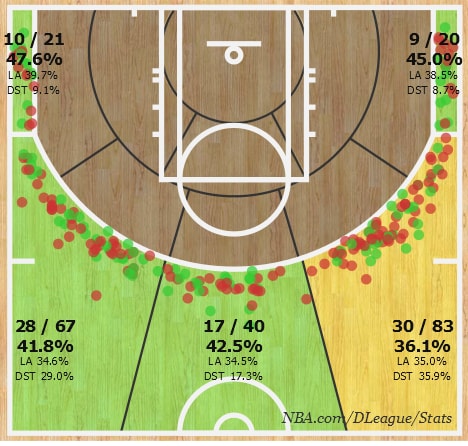 Prospect Watch: Johnson’s growth since arriving in Maine has been remarkable: from a player who made 84 three-pointers on 29% shooting during to four-year college career to the league’s leader with 94 treys made while shooting an elite 41%. He played his first two pro season’s in the National Basketball League of Canada; now he returns north of the border as an appealing 6-9 “3-and-D” prospect. 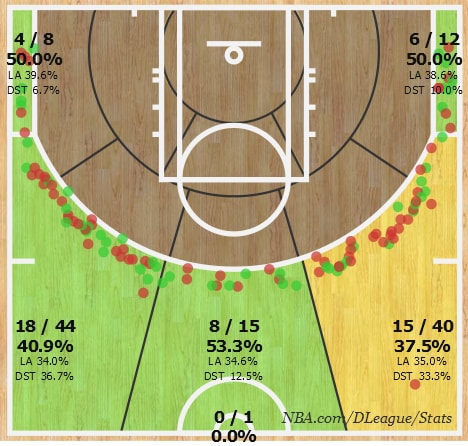 Prospect Watch: Stretch-4s are all the rage, and Minnerath has emerged as a premier prospect at that position. The 27-year-old has worked his way from junior college star to the University of Detroit and finally onto the NBA radar. He’s been especially lethal as a pick-and-pop man on the wings. 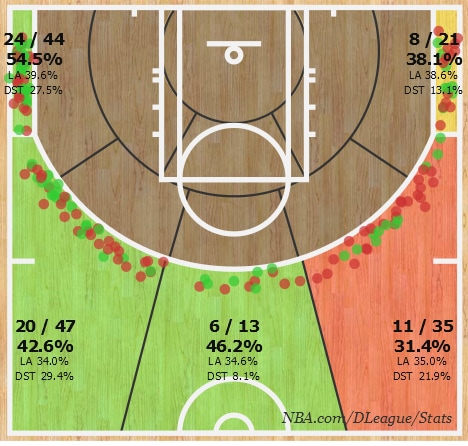 Prospect Watch: The late-blooming Suggs broke out with the Erie BayHawks two years ago and with Raptors 905 has picked up where he left off. The numbers tell the story for NBA teams in search of an under-the-radar shooter: Suggs has shot 41% over 458 career attempts so far.