The path from the NBA Development League to the NBA is becoming well-traveled not only on the court, but on the sidelines, as well.

That makes NBADL head coaching hires more and more significant with each passing offseason. Here are the new head coaches who will be patrolling the minor league’s sidelines in 2016-17:

Bio: Reinking, 42, joined the Charge as an assistant under Head Coach Steve Hetzel for the 2013-14 season with a focus on player development and opposition scouting. After Hetzel’s NBA Call-Up, he was retained under new Head Coach Jordi Fernandez as an assistant the next two seasons while adding game-planning and game personnel to his responsibilities. With defensive principles the focus in his three years on the Charge staff, Canton’s scoring defense ranked 1st in 2013-14 (101.4ppg), 1st in 2014-15 (95.8ppg), and 5th last season (103.3ppg).

Bio: The defending NBA D-League champions tabbed the former leader of the RGV Vipers’ run-and-gun attack. Smith caught the Rockets’ eyes as head coach at Division III Keystone College (Pa.) for two seasons, and went on to compile a 57-43 record in two seasons with RGV. The Vipers finished near the top of the league in pace, scoring and three-point attempts during his tenure.

Bio: Loenser came over to the Bulls organization from Iowa State along with head coach Fred Hoiberg last season, serving as a video coordinator. In that position, Loenser assisted and led on-floor skill development sessions with Bulls players and worked with Hoiberg and his staff to organize and present all scouting breakdowns for opponents and edits of practice and game video. He also updated and maintained the Bulls’ offensive and defensive playbooks. Prior to Iowa State, Loenser spent six seasons as an assistant coach at Southern Mississippi.

Bio: Karl is a familiar name in coaching circles: His father, George, ranks fifth all-time in NBA coaching wins. Coby will look to build his resume in L.A. this season in his first head coaching gig. An NBA D-League veteran with 122 games across three different teams — including the D-Fenders — as a player, Karl served as an assistant with the Westchester Knicks last season.

Bio: The most familiar name of this group, Stackhouse starred for the 76ers and Pistons in the ’90s during the prime of his 18-year career. After playing his final season with the Nets in 2012-13, he launched a career in broadcasting as an analyst in Detroit. He made the move to the bench as a Raptors assistant last season and now, at 41, takes the reigns of their second-year affiliate.

Bio: The Suns’ relocated affiliate tabbed a familiar name to both the organization and the NBA D-League to lead the team in its first season in Arizona. Ellis spent last season as the lead assistant for the Bakersfield Jam, the Suns’ affiliate before they purchased the franchise and moved it to Prescott Valley in April. He previously served as an assistant for three other NBADL teams following his 11-year playing career, which included a stint with the Huntsville Flight during the Development League’s inaugural season (2001-02).

Bio: The Sixers promoted from within on two coaching fronts this offseason. First last year’s 87ers head coach, Kevin Young, got the call up to the Philadelphia bench along with assistant John Bryant — Young as an assistant coach and Bryant as a player development coach. Then they hired Burroughs, who spent the last two seasons as the Sixers’ shooting coach, to helm the Sevens. The 2016-17 season will mark Burroughs’ 21st in coaching, as he has previously worked at Marist, Penn State, the United States Naval Academy, Hofstra University and American University.

Bio: Basketball fans may recognize Walters’ name from his seven-year NBA playing career during the ’90s. After retirement, he began his coaching career in the collegiate ranks before landing his most recent gig in 2008: For the past eight seasons, Walters has served as head coach at the University of San Francisco, guiding the team to two postseason appearances.

Bio: Gillespie brings more than 14 years of NBA experience to the Hornets’ new affiliate. For the past three years, he’s served as an assistant coach with the Nuggets, following a 10-year stint with the Suns. The Milwaukee native got his start in the NBA as a video assistant with the Indiana Pacers in 2001-02. 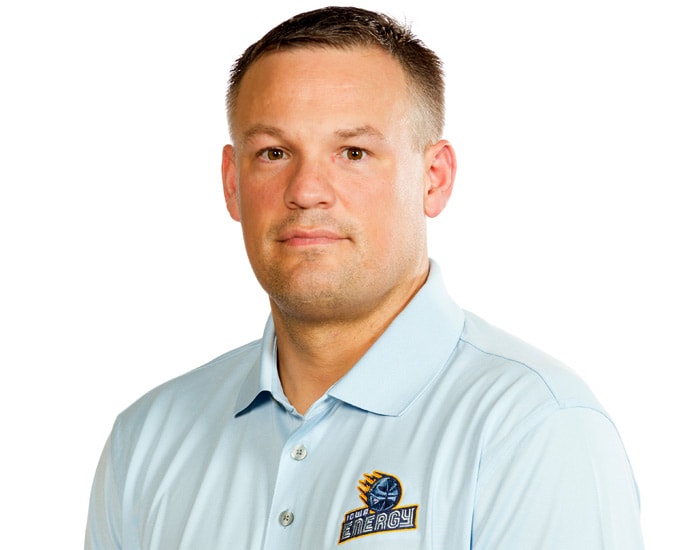 Bio: The Energy built from within with the hiring of Woodley, who’s spent the last two seasons on Iowa’s staff. Prior to that, the Drake University graduate served as an assistant coach at three difference colleges, eventually earning the head coaching job at Truman State.

Bio: Just five years ago, Nored was the defensive specialist on the Butler Bulldogs team that reached back-to-back Final Fours. At 25, he’ll be at the helm of the Nets’ new affiliate. His rapid start in coaching came with his college coach’s organization — Brad Stevens and the Boston Celtics — as he spent the past two seasons with the Maine Red Claws.

Bio: After two seasons at the helm the D-League’s ultimate run-and-gun team under David Arseneault Jr., the Kings took their affiliate in a new direction by bringing in an NBA vet. Martin played for six different teams over his 13 seasons, including a two-season stint with Sacramento alongside Bighorns GM Peja Stojakovic. He arrives in Reno from St. John’s, where he spent three seasons under Steve Lavin.

Bio: With Nick Van Exel heading to the Grizzlies’ bench, the Legends turned to a 30-plus-year coaching vet to lead them into next season. MacKinnon will helm his fourth NBA D-League team in 2016-17, having previously coached the Colorado 14ers, Idaho Stampede, Springfield Armor and Los Angeles D-Fenders. He’s also run the NBA D-League Elite Mini Camp and National Tryout over the past season years.