With fast-paced games and free-flowing offenses, the NBA D-League has long been a shooter’s paradise. This year has been no exception, and six of those shooters will go head-to-head at the 2017 NBA D-League Three-Point Contest in New Orleans on February 18.

They will compete for the crown a year after the bar was raised in the minor league’s edition of the event. Hours before Klay Thompson took home the NBA’s 2016 three-point trophy, NBA D-League vet Andre Ingram made three-point contest history by sinking 39 of 50 total shots to win the NBADL’s hardware.

This year’s six man field will look at follow that act when the preliminary round tips off on Facebook Live at 2 PM ET. The finals will air live on NBA TV at halftime of the NBA D-League All-Star Game presented by Kumho Tire, which tips at 2:30 PM ET. 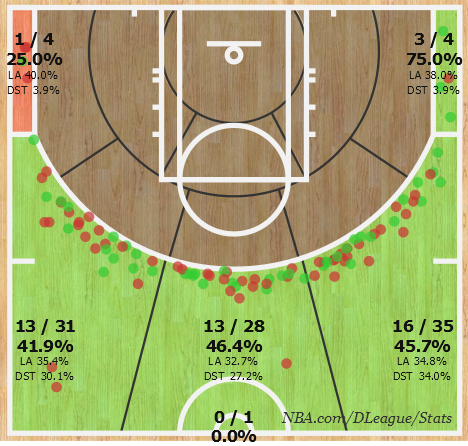 Prospect Watch: Jackson has proven himself to be much more than just a shooter — and likely would be a Dallas Maverick if not for a hamstring injury that opened the door for Yogi Ferrell. But honing his stroke to become an elite shooter both off the dribble and the catch made Jackson even more of an appealing Call-Up option. Before his stint with Dallas, the former Baylor star led the NBA D-League in scoring at 29.6 points per game on 53% shooting overall while dishing out 6.8 assists. 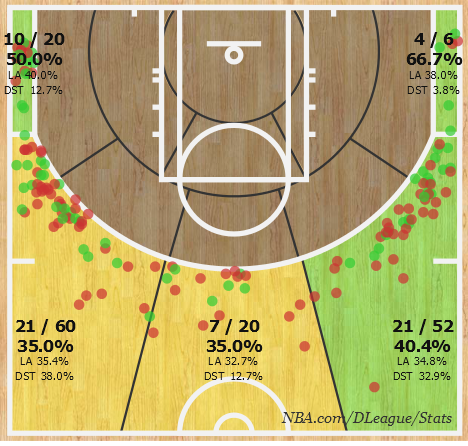 Prospect Watch: A blue-chip high school recruit, York bloomed late at Arizona, breaking out as a senior when he averaged 15.2 points per game and shot 43% from deep. Improving as a lead guard represents his ticket to the next level, and he’s already demonstrated to score both on and off the ball and facilitate at the NBA D-League level. York erupted for a franchise-record 10 threes on Dec. 15 and eight more on Jan. 20. 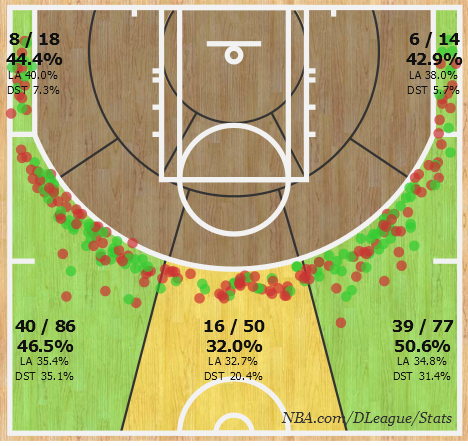 Prospect Watch: A true three-point specialist, Wood has attempted 245 of 308 total shots this season from beyond the arc. Before lighting it up with the Warriors, he finished his collegiate career as NC State’s all-time leader in threes made, then played three seasons in Spain. Wood has also made 63 of his first 66 NBA D-League free throw attempts after making 209 of 229 over his final three years at NC State. Prospect Watch: Murphy was already a known commodity as a scorer, having put up 25.5 points per game in 2013-14 and 18.7 in 2014-15. But this season the former Utah Jazz draft pick has raised his game, ranking among the league leaders in triples while shooting a career-best 42% from beyond the arc.

Prospect Watch: Walker was a little-used sub for the Austin Spurs and Westchester Knicks during his first two seasons. Cracking an NBA D-League rotation was an accomplishment itself for a prospect who played collegiate ball at Northwest Oklahoma State and Texas A&M-Commerce, and made Austin’s roster through the team’s open tryout. Then the 24-year-old put himself on the map at the NBA D-League Showcase by drilling all of 12 of his three-point attempts in back-to-back 20-point games; he’d scored 20+ just twice in his first 80 career games. 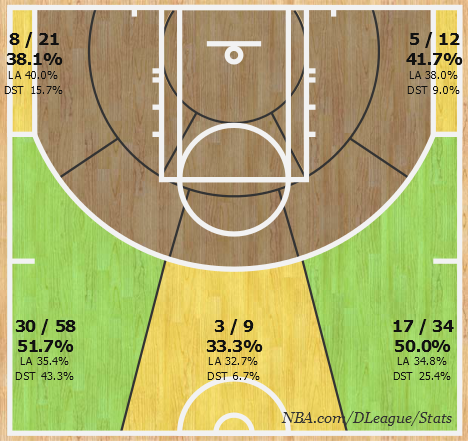 Prospect Watch: While the others in this field have shot the lights out, it’s Hearn who leads the league in three-point field goal percentage at the time of the announcement. Combined with his 44% shooting from deep last year, which ranked fourth, the former Northwestern Wildcat has put together a top-notch resume.