– Long Island Nets to Debut Next Season at Barclays Center, Then Move to Nassau Coliseum –

NEW YORK, Nov. 6, 2015 – The NBA Development League and the Brooklyn Nets today announced that the club has acquired the right to own and operate an NBA D-League team.  The new team, the Long Island Nets, will begin play in the 2016-17 season at Barclays Center in Brooklyn before relocating to its permanent home at the new Nassau Veterans Memorial Coliseum for the 2017-18 campaign.  The Nets become the record 12th NBA team to fully own and operate its NBA D-League affiliate, while the NBA D-League expands to a record 21 teams for the 2016-17 season.

“Today’s announcement is an exciting one – not only for the NBA D-League, which welcomes the league’s record 21st team; or the Nets, who will have a place for young talent to develop; but for Nets fans,” said Malcolm Turner, NBA D-League President.  “The NBA D-League is a place where talented young athletes refine their skills and develop into NBA contributors, and fans in Brooklyn, and later on Long Island, are sure to enjoy watching current and future NBA talent in an affordable, family-friendly atmosphere.  I’m excited to work with the Nets’ executive staff as we ramp up to the start of the 2016-17 season together.”

“The creation of a D-League club goes hand in hand with the building of a younger, more athletic Brooklyn Nets team,” said Brooklyn Nets Principal Owner Mikhail Prokhorov.  “It will provide additional roster opportunities that will serve us well as we focus on realizing the full potential of our coaches and players, current and future.”

“This is a great step for our franchise,” said Billy King, Nets General Manager.  “We will now have the ability to help our young players and coaches grow and develop.”

“The Long Island Nets will be a great brand extension of the Brooklyn Nets, and will give us the opportunity to reclaim a territory that was once ours,” said Brooklyn Nets and Barclays Center CEO Brett Yormark. “The creation of the Long Island Nets is indicative of our ownership’s commitment to the Nets and to the franchise’s future success. The new team will also serve as a proving ground for up-and-coming talent in all areas of our business.”

The new Nassau Veterans Memorial Coliseum, to open in the winter of 2016, will be developed and operated by Nassau Events Center, led by Onexim Sports and Entertainment, Bruce Ratner and Yormark, the same team that brought Barclays Center to Brooklyn.

Nassau County Executive Edward P. Mangano stated, “The Long Island Nets will have a world-class sports and entertainment destination to call home once transformation of the new Nassau Veterans Memorial Coliseum is complete.  I welcome the Nets franchise and their heritage back to Nassau County.”

Playing with 19 teams for the 2015-16 campaign, the NBA D-League will tip of its 15th season on Nov. 12 when the Westchester Knicks host the Maine Red Claws.  The 2015-16 NBA season tipped off with a record 30 percent of players boasting NBA D-League experience, including at least one NBA D-League alum on each NBA team’s roster.  To date, six NBA players, including two members of the 2015 NBA Draft class, have been assigned to the NBA D-League to develop their skills. 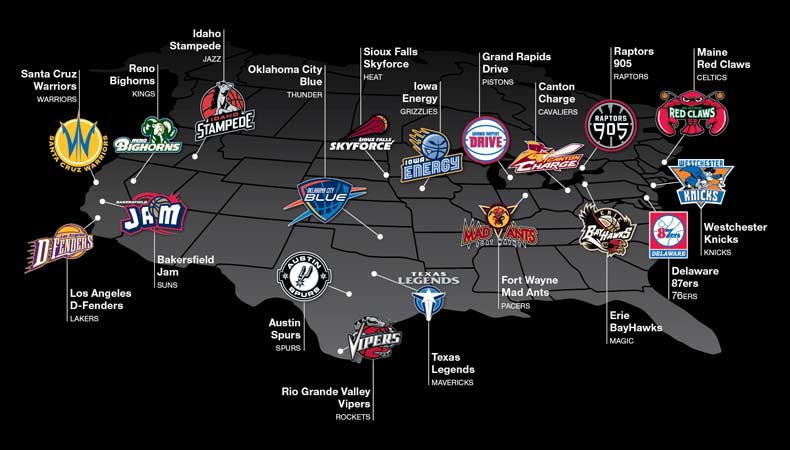