The three-point line is an old friend of the Curry family. The Antetokounmpos are called the “Greek Freaks” for a reason.

But their shooting and dunking genes will be put to the test this weekend, when Stephen and Seth Curry and Giannis and Thanasis Antetokounmpo chase the All-Star skills competition crowns on back-to-back days.

First the NBA stars take the Barclays Center stage, with Steph leading a stacked NBA three-point contest field and Giannis taking his freakish talents to the dunk contest on Saturday night. On Sunday afternoon, their brothers try their hand at the NBA D-League’s version of the same events.

Before they attempt to pull off a historic All-Star Weekend takeover, meet the pairs of NBA/NBADL siblings: 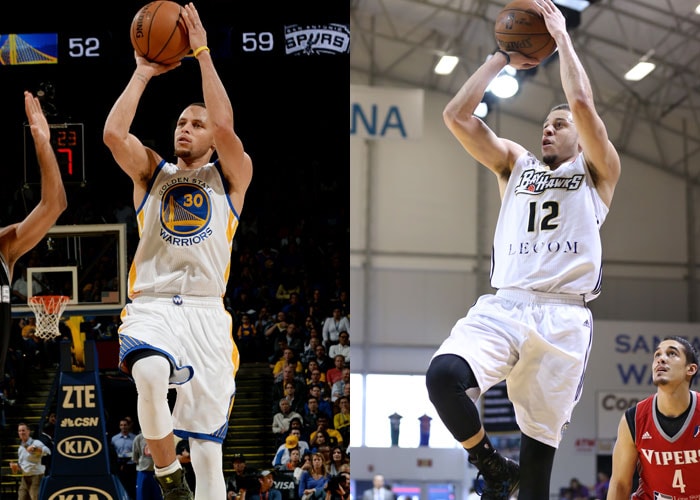 The Currys get their shooting touch from their father Dell, who sits 40th on the all-time career three-point list with 1,245 made over 16 NBA seasons — a mark Stephen is already approaching with 1,000+ (and counting) midway through his sixth season.

And Seth, the younger brother by two years, has proven in the D-League that jumpers and the clutch gene run in the family. While he’s no longer 70 miles apart as in 2013-14, when Seth played for Golden State’s affiliate in Santa Cruz, little separates the stats the sharpshooters are putting up on a nightly basis. 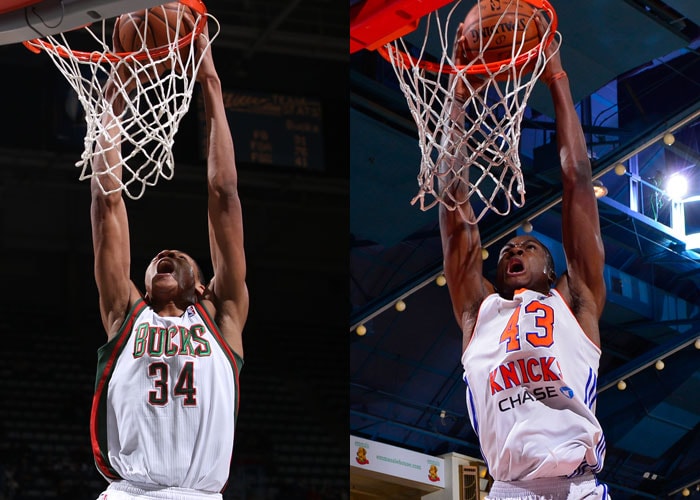 In this case, it’s the older brother following in the younger brother’s footsteps — equally as tough considering Giannis’ massive strides. In June 2013, Thanasis was Giannis’ little-known, not-quite-as-freakish big bro, celebrating alongside him when the Bucks called Giannis’ name with the 15th pick.

The next year, roles reversed when Giannis joined Thanasis for an unforgettable day that ended with Thanasis wearing a Knicks hat as New York’s No. 51 overall pick. They return to the Big Apple with dunk contest experience under their belt — at the D-League’s 2014 event, Thanasis leaped over his 6-11 sibling to score a 41 on a first-round dunk.