SANTA CRUZ, CALIF. — Elliot Williams surveyed the court from the left corner, jab stepped right, then left, swung the ball from his right hip to his leftin one swift motion and took off.

One dribble and two strides later, the 6-foot-5, 183-pound guard was flying to the basket for a two-handed dunk, ducking so his head didn’t hit the rim while letting out a scream.

For the moment it didn’t matter that he was in Fort Wayne, Ind., for the NBA Development League Finals, instead of the bigger stage where everyone expected him to be by this time. What mattered was that, in the second-to-last game of his personal four-team, 49-game season, he still felt like his old self.

“This is the first year I’ve been completely 100 percent,” he said after leading the Santa Cruz Warriors to a comeback win over the Mad Ants in Game 1.

MORE: Year of the Warrior? | 2015 Finals Blog | Inside the Championship Celebration

Three nights later, he was at center court in Santa Cruz, Calif., hoisting the NBA D-League Finals MVP trophy. The Warriors’ two-game championship sweep was another showcase of Williams’ natural gifts on the court – he took over both games with a combined 54 points and 13 assists – but also a reminder of a career that was snake-bitten until this stepping stone of a season.

The 25-year-old Williams looks, acts and plays like he’s 25, which is no given for a player who’s already endured the path of a player a decade older. He arrived at Duke in 2008 as the latest in a long line of blue-chip recruits. “An electric athlete,” began the Rivals150 scouting report on the 18-year-old with the 3.7 GPA.

A year later, Williams’ mother, Delois, was diagnosed with breast cancer; he left for the University of Memphis to be close to home, and the NCAA granted a hardship waiver so he could play the following season. He averaged 17.9 points, 4.0 rebounds, 3.8 assists and 1.3 steals with a 46/37/76% shooting line for a 24-10 team, and left for the NBA Draft after being assured he was a lock for the first round. 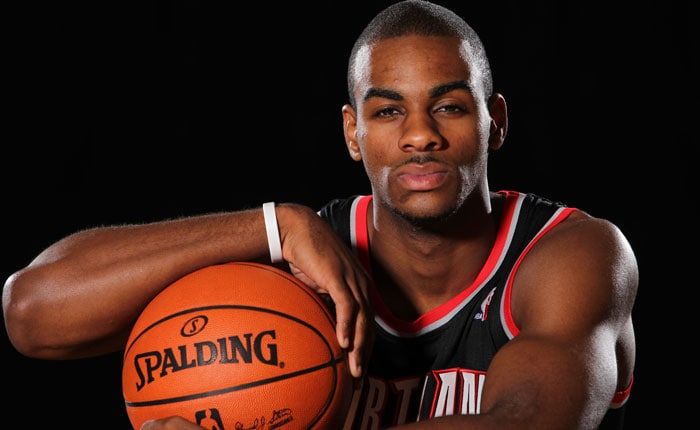 Then the injuries hit.

May 2010: A right knee tweak suffered during a pre-Draft workout in San Antonio. The Blazers banked on his talent and took him with the No. 22 pick, anyway – he’d reportedly registered a 48-inch vertical leap during a private workout in California – holding him out of offseason activity as a precaution.

November 2010: A dislocated right patella (knee) suffered during conditioning drills that ended his rookie season before it began.

January 2011: Surgery on his left patella after doctors determined that his left knee was also unstable.

March 2012: A dislocated shoulder capsule suffered during a post-practice one-on-one game with teammate Nolan Smith that ended his second season after 24 games. “The injury was so gruesome,” The Oregonian reported, “Williams’ shoulder was poking out of the back of his shoulder and team trainer Geoff Clark could not pop it back in place. Williams had to go to a Boston-area hospital for treatment and it took three people to pop it back into its normal position.”

September 2012: A torn Achilles suffered during a voluntary offseason workout in Portland, when he reached for a steal and his knee gave out. “That’s the toughest one. By far,” Williams said in the concourse of Fort Wayne’s Allen County War Memorial Coliseum.

Two healthy seasons later, he can detail the injuries with the numbness of a surgeon. “It’s not the pain” that makes them difficult, he explained. “It’s the process. … You can’t do anything to speed it up. You’ve just got to rest.”

The injuries have relegated Williams to the fringes of the NBA where many of the Development League’s near-300 players lie.

He spent the 2013-14 season – which he considers his rookie year – with the 76ers, but was waived two days prior to the start of this season. Santa Cruz nabbed him with the No. 2 pick in the NBA D-League Draft in November, and he earned three Call-Ups to NBA teams that afforded him a total of 47 days in the big league.

Each time the cruel realities of basketball’s business side forced him from the roster: the Jazz needed to free up a spot before the trade deadline; the Hornets acquired Mo Williams midway through his 10-day contract; the Pelicans sought veteran help as they competed for a playoff spot.

And each time he returned to Santa Cruz a dominant minor-league player, fitting right back into the Warriors’ roster and even coming off the bench in the final weeks of the season when starter Darington Hobson got hot.

“He had every reason to come back after his last Call-Up and check out. What else does he really have to try to do here?” said backcourt mate Aaron Craft. “But he didn’t do that. It was amazing to see him come down every time and really get back engaged.”

The injuries have not robbed him of his elite-level athleticism or the confidence that he will soon embark on a long career at the next level. If anything, he said, they have made him a sharper player – more cerebral, more skilled.

“I was based a lot off of athleticism on its own,” Williams said. “Now I’m using my mind.” 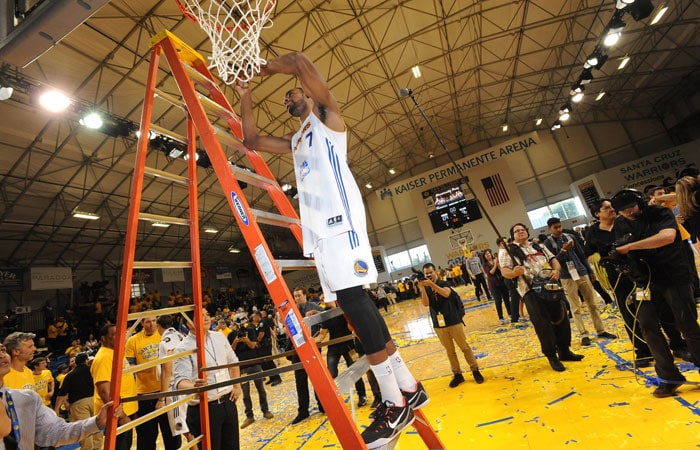 At 25, he studies more game film than he ever has. Among the many players he watched closely during his rehab were “old” Brandon Roy, his former teammate, and “old” Penny Hardaway, a fellow Memphian and hero of many in Williams’ hometown.

Williams is an avid chess player who’s beginning to see the court the same way he sees the board. But he’s also an NBA historian who understands that there are many injury-plagued players – Roy and Hardaway being prime examples – who are never the same again: “There are a lot of guys who’ve torn their Achilles and it’s over. Isiah Thomas. Elgin Baylor. It’s a tough injury, but I was able to get my explosiveness back.”

The explosiveness now comes with point guard skills (7.4 assists per game) and three-point shooting (37%) – the two areas of the game scouts deemed weaknesses when he first entered the pros. That’s what made his Finals performance, and his season in Santa Cruz as a whole, something to savor for at least one night.

Williams lifted the MVP trophy above his head at center court, hugged the championship trophy in the locker room, popped champagne and posed for pictures. He was back, but not all the way back.