Clint Capela entered the loaded 2014 NBA Draft as one of its biggest mysteries. He was another long-armed, athletic big man who had a long way to go as a basketball player; ESPN labeled him an “ultra-project.”

Now Capela, who eventually went No. 25 to the Rockets, has quietly been able to unwrap that mystery while playing on assignment with Houston’s NBA Development League affiliate, the Rio Grande Valley Vipers.

And through 12 games, he’s been flat-out dominant.

It seems every RGV game features a few 3-to-5-minute stretches when Capela is owning the paint. The Vipers have handled him with care after his offseason groin injury, limiting him to between 15 and 25 minutes per game, yet he’s still averaging 12.4 points (57% FG), 7.5 rebounds and 2.7 blocks in 16.9 minutes.

That’s not to say Capela is close to ready for the big league — his offensive game away from the basket is still very limited. But what’s stood out is his physical dominance as a 20-year-old who came over to the U.S. needing to put on weight.

In a league of grown men — many of whom were former NCAA standouts — he’s been the second-best offensive rebounder (fifth overall) and a force around the rim on pick-and-rolls and fast breaks, already claiming Joe Alexander and Adreian Payne as poster dunk victims: 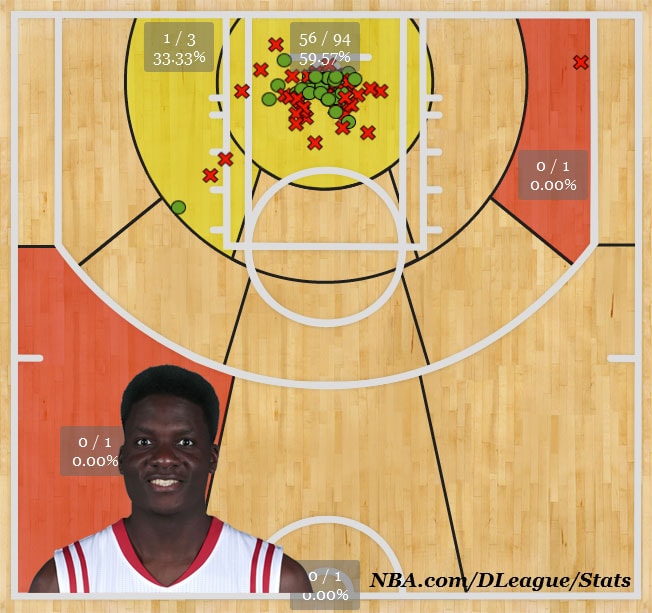