Isaiah Canaan faded off a screen to the left side of the three-point arc while Robert Covington drifted to the right corner. The action left the defense scrambling, and a second later the point guard was driving to the rim and dishing to the forward for a corner three.

It was a play that took place at the Orlando Magic’s Amway Center this February, but a connection that grew in a pair of Valleys over the past five years: the Ohio Valley Conference and the Rio Grande Valley, Texas.

That’s where, on the outskirts of the basketball world, Canaan and Covington emerged as diamonds in the rough and formed a bond in the process. The Sixers’ rebuilding plan has reunited them as starters on the same NBA team and placed them in a familiar spot: working together to make a name for themselves.

In their overlapping college careers, Canaan did most of the pushing. He’s the alpha dog of the duo, the cocky floor general who turned the Murray State Racers into a juggernaut.

The Racers went 106-26 in Canaan’s four years as a starter, which included a magical 30-1 junior season that landed the little-known Kentucky school in the AP Top 25. The lone loss came to Covington’s Tennessee State Tigers, though his Racers topped the Tigers in their five other collegiate meetings.

By their senior seasons, Canaan had become a mid-major star, ranking sixth in the nation in scoring (21.8 PPG) and rising up NBA Draft boards. The soft-spoken Covington, an all-OVC player himself, remained under the radar.

Both landed with the Houston Rockets – Canaan with the 34th overall pick and Covington as an undrafted free agent – and were assigned to their NBA D-League affiliate in RGV to open the season.

The familiarity quickly became friendship. “We knew we were all we had in the D-League,” said Canaan, “so we were just pushing each other to get to where we ultimately wanted to be, which was staying on the NBA court.”

The point guard could push the pace, bulldoze his way into the lane and shoot from distance; hence his nickname, “Silk.” The rangy forward – “Legs,” as Canaan jokingly called him – created matchup problems as a stretch-4 with athleticism and touch.

“Isaiah’s a pretty cerebral guy, so he was able to see what Cov liked to do, where he liked the ball and how to get him the ball,” Smith said. “It was a pretty seamless transition.”

The Vipers won their first nine games and 14 of the 18 regular season games Canaan played. They averaged 45 three-point attempts and 123 points per game, playing at a pace (109 possessions per 48 minutes) 16% faster than the average NBA team.

Canaan and Covington were near-robotic in adhering to the Rockets’ “Moreyball” approach – after GM Daryl Morey – taking just 73 of their 1,046 (7%) combined shots from mid-range. They combined to average 45.0 points per game … but also combined for just 29 games played with the Rockets.

That led them to Houston in the summer, when their offseason training included running track and boxing. “We all feel like we’re Floyd Mayweather in there after we’re done,” Canaan said at the NBA Summer League in Las Vegas.

“It’s definitely a different type of work out,” added Covington. “Doing those three-minute rounds in that type of setting, throwing all of those haymakers and jabs in a series for three minutes straight? Man.” 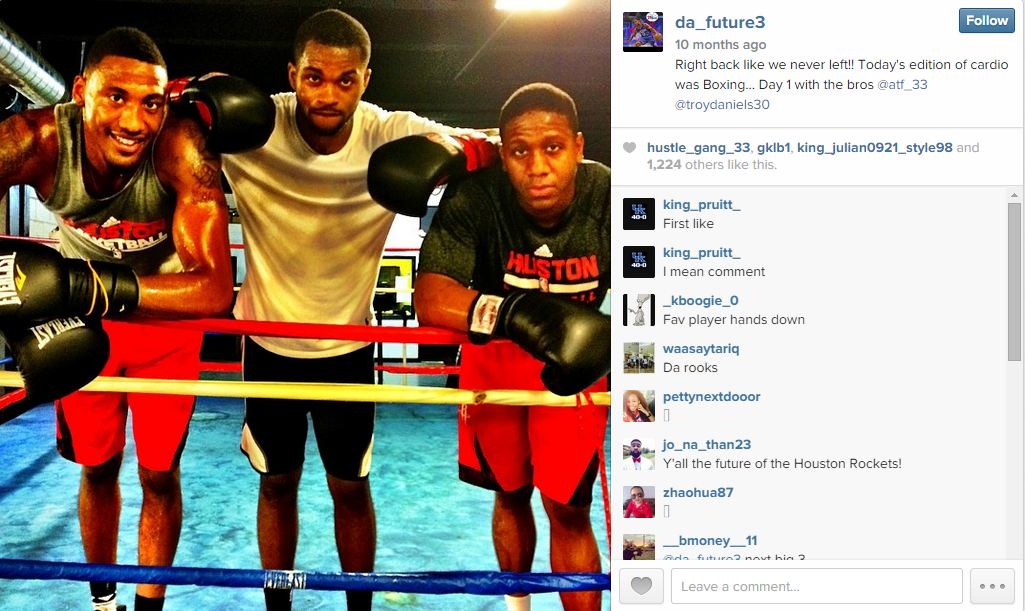 Their opportunity eventually coming in Philly rather than Houston was no coincidence. Sixers GM Sam Hinkie, who was hired from Morey’s front office in 2013, scooped up the parts Morey’s loaded team didn’t have minutes for: Covington after he was cut the day before the NBA season opener and selected No. 1 in the 2015 NBA D-League Draft; Canaan at the trade deadline in a surprise deal for rookie K.J. McDaniels.

In fact, the surprise was that Canaan had not become a Sixer sooner. Hinkie said he chased him in the 2013 Draft, but traded down once Morey picked him.

“We work really hard to look around the world to find great players to bring in, and most of them aren’t household names. And I understand that,” Hinkie said at his post-deadline press conference. “Most people don’t — they’re not very excited about Robert Covington. They didn’t spend a lot of time at Murray State looking at Isaiah Canaan and they didn’t feel their heart race when Isaiah Canaan was at the 34th pick just one pick away from our pick at the 35th and then got nabbed at the 34th pick.”

The early returns indicate that both could be keepers, bringing a dose of RGV to Philly. Canaan is averaging 14.2 points per game since the trade, shooting 41% from deep while launching 65% of his field goal attempts from beyond the arc. Covington has been steady all season, ranking 15th in the NBA in three-pointers made.

MORE: Canaan Breaks Out with 8 Threes, 31 Points in OKC

They still check in with Smith to see how the Vipers (in playoff position at 22-18) are doing, and occasionally you’ll see them hold up three fingers and bang them against the side of their head after knocking down a shot. That “three-bullets” celebration, which became a Vipers tradition, isn’t the only memory from last season they’re carrying with them.

“There’s always someone working just as hard as you,” said Covington. “You never know: Someday they may try to come for your spot. You have to be ready to step up to the challenge, because if you don’t, the best man wins.”