The games were 10 days apart, but they both represented progress for Knicks second-round pick Thanasis Antetokounmpo.

The 22-year-old is always a ball of energy on the court and will make his living on the defensive end. But for the second straight year, he’s coming on strong offensively as the season drags on and he acclimates himself to a new system — this time with back-to-back career scoring efforts for the Westchester Knicks.

In pouring in 30 points on Feb. 7 in Maine and 36 last night in his return to Delaware, Antetokounmpo flashed a renewed confidence and aggression and most importantly a three-point stroke. He hit 7-of-15 from deep in the two games after shooting 9-for-46 in his first 29 games this season. 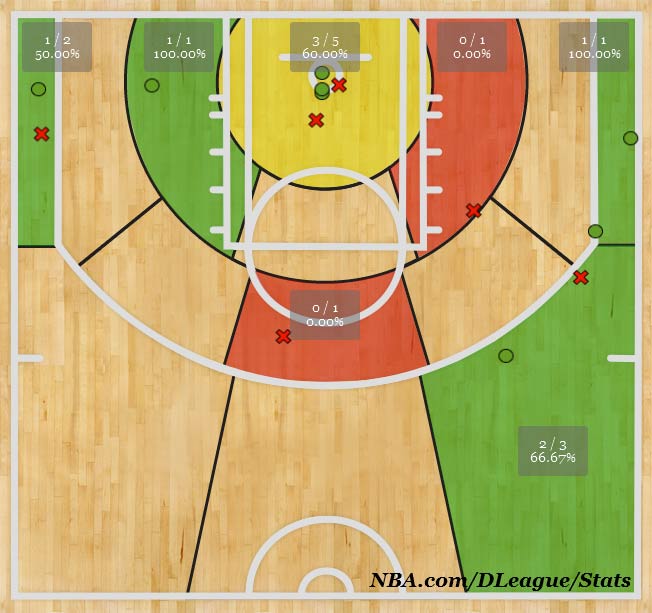