On Tuesday, the NBA D-League was officially re-branded as the NBA G League. As the NBA’s official minor league starts a new chapter in its, history let’s look back some of the most memorable moments, players, and storylines from the league up until this point. 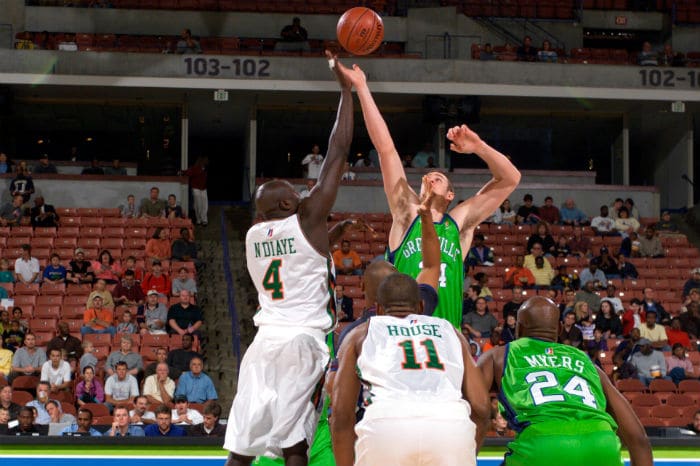 The league’s first-ever game was between the Greenville Groove and the North Charleston Lowgators at the BI-LO Center in Greenville, North Carolina. When the league began there were eight total teams all located in the southeastern United States. It was developed as the first minor league professional basketball league in the country and would serve as a stepping stone for players to reach the NBA. 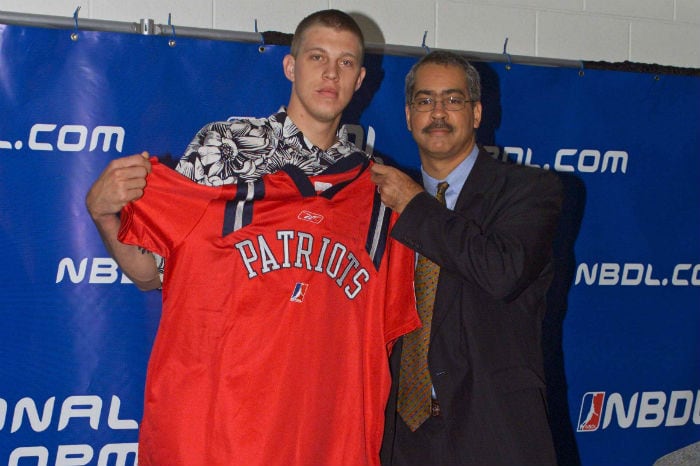 Before the trademark tattoos, an NBA title on his resume, and the “Birdman” nickname, Chris Andersen was a lanky big man out of little known Blinn College that was selected 1st overall by the Fayetteville Patriots in the NBDL’s inaugural draft.  After just two games with the Patriots, Andersen became the 1st ever Call-Up as he was signed by the Denver Nuggets.

Andersen went to play 15 seasons in the NBA and won a title with the Miami Heat in 2013. 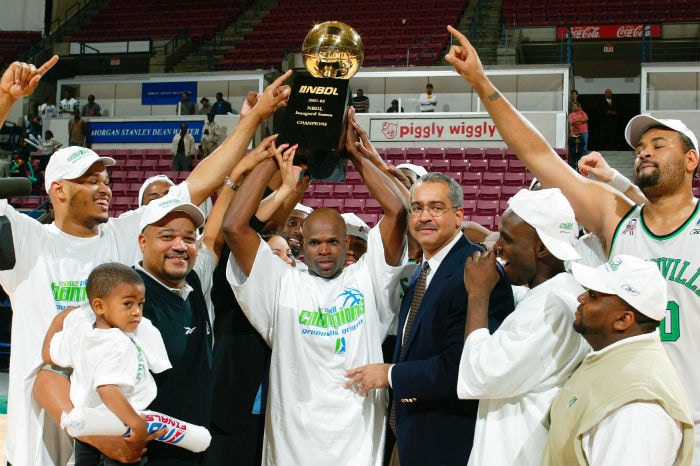 The first league champions were the Greenville Groove based out of Greenville, South Carolina. The Groove defeated the North Charleston Lowgators for the inaugural title in a best of three series, 2-0. The Groove were led by Ansu Sesay, who was named as the first-ever league MVP. In April of 2006, the Los Angeles D-Fenders became the 1st league franchise to be owned by a NBA franchise, the Los Angeles Lakers. This move was unprecedented at the time, but ushered in a wave of change throughout the league.

Currently, 22 NBA G League teams are owned by parent NBA franchises, while all 26 have one-to-one affiliations with NBA teams. Like the league’s own rebrand, the Los Angeles D-Fenders will look a little different next season as they’ll be known as the South Bay Lakers. 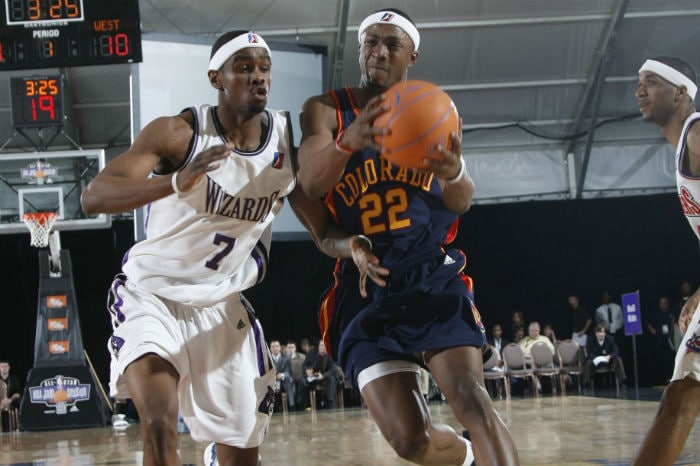 The league’s first All-Star game was held as a part of the NBA All-Star Weekend festivities in 2007 at the Mandalay Bay Resort and Casino in Las Vegas, Nevada. The teams were selected just as the NBA squads were at the time, by the number fan votes. The East won the contest, 114-100, over the West and Pops Mensah-Bonsu was named the game’s MVP.

The next season in league debuted it’s Dream Factory Friday night events which were modeled after the NBA All-Star Weekend individual competitions. The events consisted of a slam dunk contest, three-point shooting competition, a “hot-shot” contest which entailed a player and fan having one minute to tally the highest score from four designated shooting spots on the court: a one-point layup, two-point foul shot, three-pointer from behind the arc, and a five-point half-court shot, with the fan only eligible to shoot from the lay-up position. Finally, there was a game of H-O-R-S-E played amongst certain designated players. 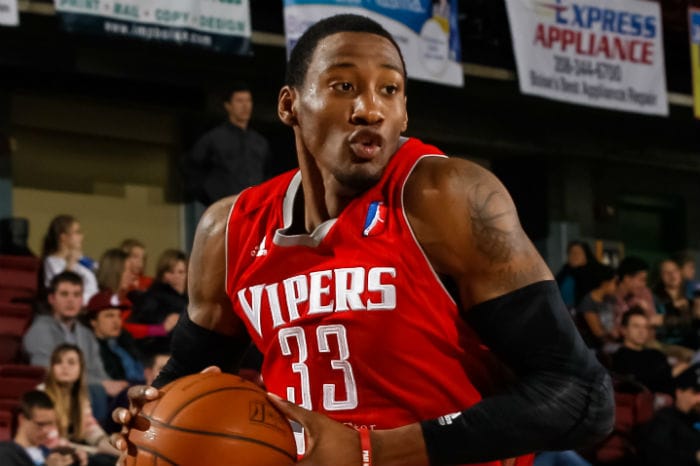 Shortly after the D-Fenders set the precedent for NBA ownership, the Rio Grande Valley Vipers introduced a new affiliation structure called a hybrid affiliation. In a hybrid affiliation, the NBA team manages and funds the basketball operations while local ownership maintains control of the business and community relations aspects of the team.

In the Vipers’ case, their hybrid affiliation is with the Houston Rockets. Four other teams have a similar affiliation structure, the Maine Red Claws and Boston Celtics, Texas Legends and Dallas Mavericks, Sioux Falls Skyforce and Miami Heat, and the Grand Rapids Drive and Detroit Pistons. 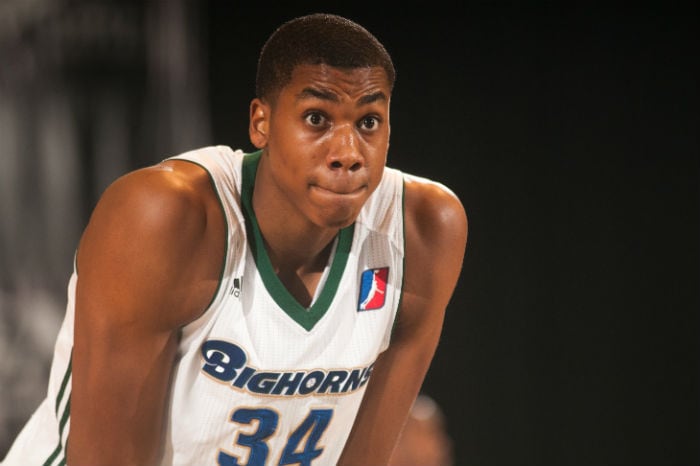 When Hassan Whiteside was drafted by the Sacramento Kings in 33rd pick in the 2010 draft the franchise knew that he would be a work in progress. The seven-footer had raw talent but would need a place to cultivate that skill-set, so Sacramento assigned him to its affiliate, the Reno Bighorns.

The big man then went on to average a double-double in his first season with the Miami Heat and now has developed into the one of the most feared low post players in the game today. 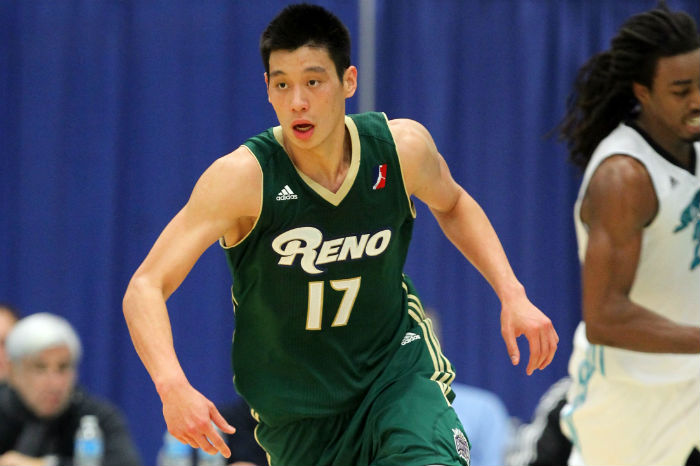 Before Linsanity gripped the entirety of the sporting world, Jeremy Lin was an undrafted point guard out of Harvard who was just trying to earn any minutes he could behind Monta Ellis and a prodigious shooter named Stephen Curry, on the Golden State Warriors roster in 2010.

Lin was assigned to the Reno Bighorns for three lengthy stretches during his rookie year and showed glimpses of the talent that the world would see soon after. He averaged 18.0 points per game with the Bighorns before he was claimed off waivers by the Knicks in 2011. Lin played sparingly in his early days with the Knicks and was assigned to their NBA D-League affiliate at the time, the Erie BayHawks, in January 2012.

In Lin’s one and only game with Erie, he recorded a triple-double (28 points, 11 rebounds, 12 assists). This performance prompted the Knicks coaching staff to recall him from Erie. The rest is history. Lin went on to take the NBA by storm with performances that included outscoring Kobe Bryant, dropping a double-double on John Wall, and pouring in  25 points, five rebounds, and seven assists against Deron Williams, all in 35-game sample size. Now, Lin is the starting point guard of the Brooklyn Nets and has played in 405 career NBA games to date. 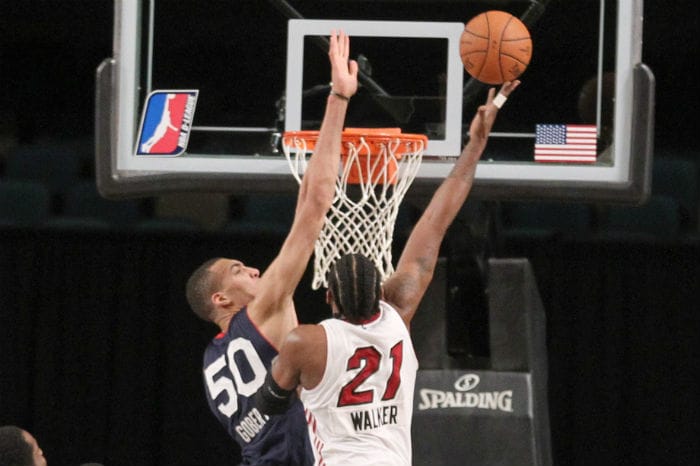 Rudy Gobert is widely regarded as one of the preeminent shot blockers in the NBA today. The aptly nicknamed “Stifle Tower” led the league in blocks per game this season (2.64) and is one of three finalists for Defensive Player of the Year.

But, if you were watching the Bakersfield Jam back in December of 2013, you would have had the first glimpse of just what kind of defensive juggernaut the French native can be. Gobert swatted his way onto the scene with an impressive six rejections in his first game with the Jam. All-in-all, Gobert played for Bakersfield for eight games during his rookie season. C.J. McCollum donned the Idaho Stampede uniform on two separate occasions before becoming the staple in the Portland Trail Blazers lineup that you know him as today. After McCollum was drafted 10th overall in 2013 by Portland, he suffered a foot injury that forced him to miss the first six weeks of the season.

Before inserting him onto the NBA hardwood, the Trail Blazers allowed him to get his first taste of professional basketball with their minor league affiliate at the time. In his second and final game for Idaho, McCollum dropped 24 points in 23 minutes of game action. The talented guard would go on to earn the NBA’s Most Improved Player award in 2016. In early September 2015, the Indiana Pacers completed the purchase of the Fort Wayne Mad Ants, making them their sole 1-to-1 relationship and also marking the first time in league history that every team had a 1-to-1 relationship with an NBA franchise.

The Mad Ants finished 30-20 in the 2016-17 season and made the postseason for the fourth time in five seasons. 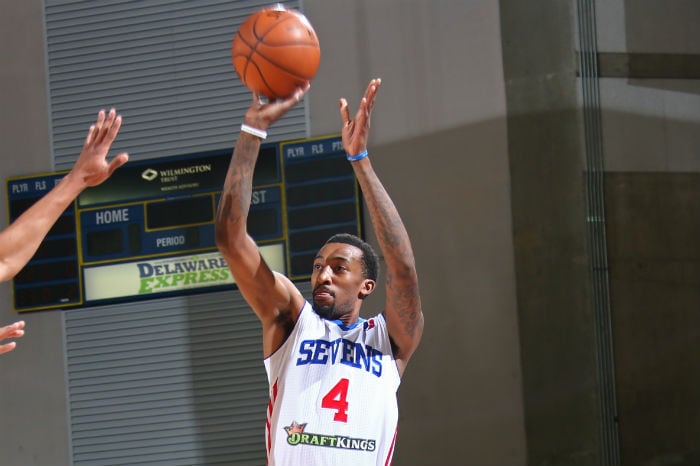 For the third consecutive season the league’s single game scoring mark was broken. This time, Jordan McRae and his 61 points in an OT win over the Canton Charge became the new bar for single game, individual scoring in the league.

McRae broken the record of 58 points in 2014 set by his former teammate Pierre Jackson (Idaho Stampede), which was tied by Dar Tucker in 2015 with the Reno Bighorns.

On Valentine’s Day of this year, the league officially announced it would be known as the NBA G League going forward. This marked the second time the league had rebranded as it was known as the NBDL from its inception in 2001-05. 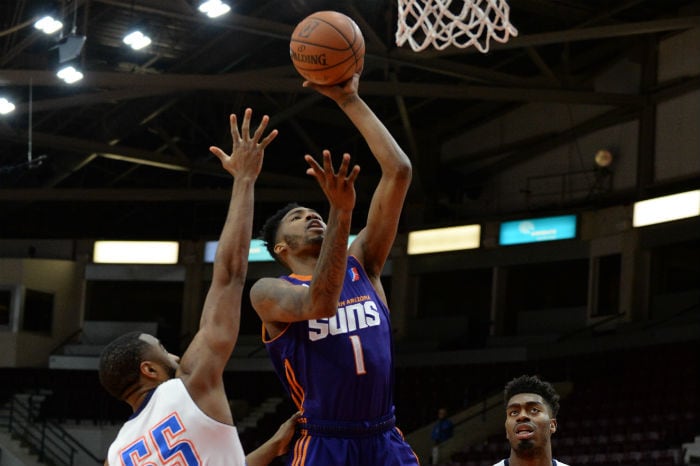 The league took center stage again when Derrick Jones Jr. took part in this year’s Slam Dunk Contest during NBA All-Star 2017. Jones Jr. went undrafted in 2016 and eventually joined the Phoenix Suns organization before the start of the season.

Jones Jr. started the 2016-17 with the Phoenix’s affiliate, the Northern Arizona Suns, where he became an internet sensation because of his ridiculously athletic pregame dunks. The NBA took notice and invited him to join the field vying for the Slam Dunk crown. 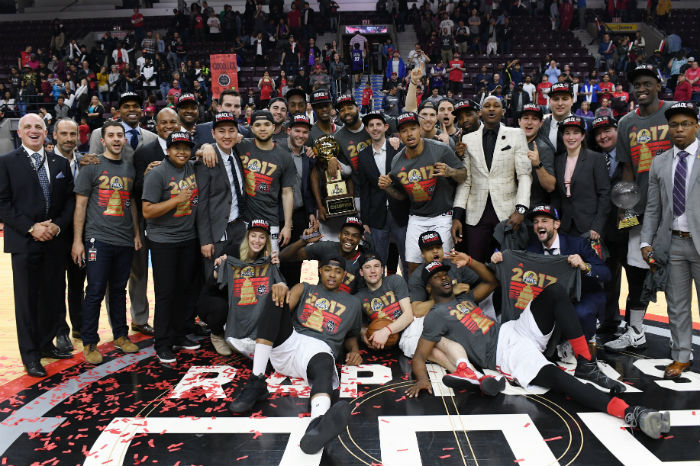 Coached by NBA legend Jerry Stackhouse, Raptors 905 won their first title in just their second season in franchise history. 905 are the Raptors NBA affiliate and when the franchise was founded in 2015, they became the first team to be owned outside of the United States in the league’s history.