There are always exceptions to the rule. Robinson has, at least on one occasion, stood on the shoulders of a giant. Just ask the 6-8 Big Baby, Glen Davis. In Game 4 of the 2010 NBA Finals, Robinson, then a member of the Boston Celtics, scored 12 points in 16 minutes off the bench. The Celtics came back to win the game in the fourth quarter and a triumphant Robinson jumped onto Davis’s shoulders. “You were on my back?” Davis asked Robinson at their joint postgame press conference. “You didn’t even notice,” replied Robinson. 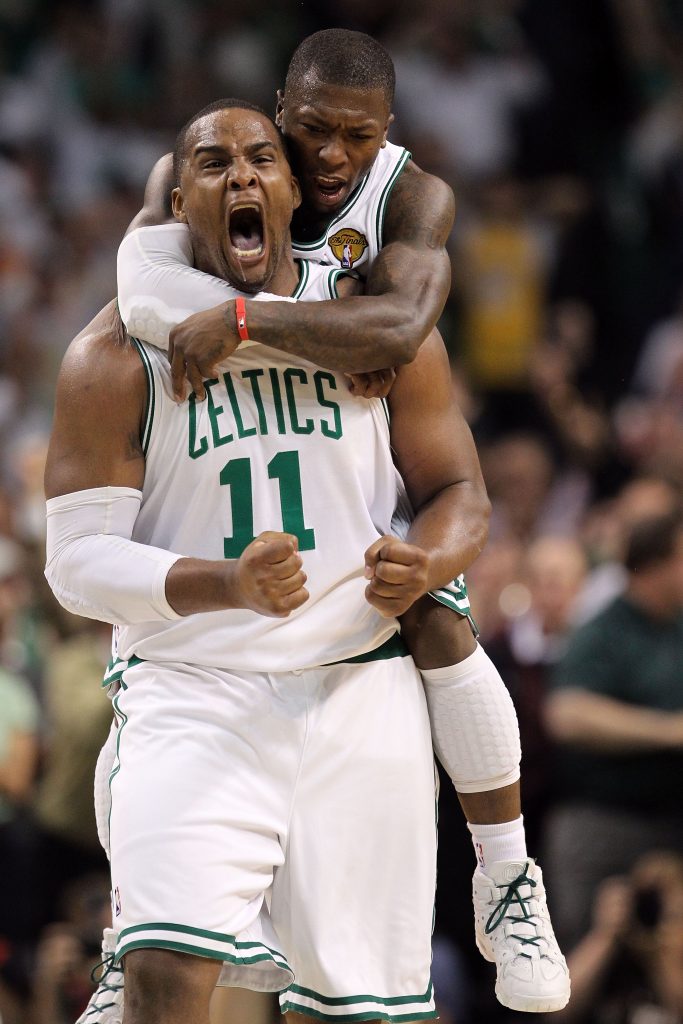 Robinson is hoping that NBA teams take notice now that he has joined the Delaware 87ers of the NBA D-League. The undersized guard is hoping to draw the attention of an NBA playoff contender in need of an additional playmaker. Robinson thinks that his game is well suited for any NBA team, but pointed to the Trail Blazers, Cavaliers and Clippers as three teams that he feels would be a good match.

Robinson’s last NBA game was in October of 2015 as a member the New Orleans Pelicans. He was waived at the end of the month and didn’t play another professional game until March of 2016, when he signed with the Israeli Premier League. Robinson left his mark, scoring 46 points in a playoff game and winning over the Israeli fans.

Robinson enjoyed his time in Israel, but knew he needed to take the next step. He felt he had unfinished business at the NBA level and wanted to end his career on his own terms.

“I’ve learned just from watching guys, like my favorite player, Allen Iverson, and how he left the game. It left a bad taste in my mouth and I didn’t want to go out like that,” Robinson said.

Robinson believes that he still possesses the skills that made him a successful NBA player in the past. One who averaged 17.2 points per game during the 2008-09 season with the New York Knicks.

“For me, the old Nate never left. I just need the opportunity,” Robinson said after his 87ers debut. “That’s the biggest thing, just opportunity. For a team to take a chance, and let me be myself to bring that fire and energy that I play with. I think if I’m able to do that, I’ll be a great pickup and a great bonus to any team.”

New York Knicks shooting guard Justin Holiday knows Robinson, as they are both University of Washington alumni. Both also played for the Knicks, albeit at different times. Holiday had his own stint in the D-League back in 2013. He was surprised to hear that Robinson was making an NBA comeback attempt, but has high expectations.

“I bet you he’s going to score 30 points. Watch! It’s about to be wild down there,” Holiday said after a Knicks game at Madison Square Garden shortly before Robinson’s debut. “Hopefully he gets back to where he belongs — up here. Obviously him doing that shows how much he wants to play and wants to get back. I hope people see that.”

Robinson acknowledges that going from being an NBA fan favorite to riding the team bus in Delaware wasn’t easy for him. Nonetheless, he says he has humbled himself in order to get another shot at a championship.

GOD, give me a healthy humility that depends on Your strength 💪🏾as my help & refuge.May my sense of helplessness not be based on lies I tell myself,however.When I hear 👂🏾 myself saying things like , "There's no way I can get out of this mess-it's hopeless", or "Life hasn't been fair to me, 🤦🏾‍♂️ so why should I even try ? Or no one even cares about me so I might as well give up. LORD you remind me that these words are not truth. LORD give me the courage that's based on confidence in your strength 💪🏾🙏🏾 I am truly blessed,thankful & what an honor to put on this @sevens uniform & play the game I love . LORD I come to you humbled and I say THANK you for this opportunity no matter what happens I love you then,now & forever sincerely, Mr. Robinson 🙏🏾#freenaterob

Robinson turns 33 in May, just north of AARP status in today’s millennial NBA. Robinson says he still feels young, though.

“I stay young in the mind. I live by the Peter Pan theory: If you have happy thoughts and you feel young, you’ll never grow old.”

Maybe now, it will be all right for Robinson to stand on another’s shoulders. He doesn’t want to carry a team. That is for the LeBrons and Westbrooks of the world. Robinson just wants to contribute, to see further, to finally win an NBA championship. But watch out — that doesn’t mean he won’t still dunk over you.