The Rio Grande Valley Vipers’ coaching staff huddled in the locker room hours before Game 1 of their NBA D-League Finals victory over the Raptors 905. They weren’t going over game plans, nor were they instructing players. They were, along with millions of others across the globe, watching James Harden and the Houston Rockets — their parent club about 350 miles northeast — battle it out with Russell Westbrook and the Oklahoma City Thunder.

“We didn’t have a TV in the locker room, but we had it pulled up on my iPhone so we were watching with the staff,” said Vipers head coach Matt Brase, a former Rockets front office member. “Big win for the Rockets. Big win for the Vipers. So a good day for the organization.”

Game 1 of the D-League Finals delivered as expected. Darius Morris, the Vipers’ floor general, drove the ball straight into the teeth of the Raptors-No. 1 ranked defense throughout the night. Morris finished with 23 points and 11 assists with only 2 turnovers.

“I was just trying to take what the defense gave me,” Morris said postgame. “At first, I wanted to be more a passer, get everyone going, get our guys confidence up. In the third quarter, they were trying to defend our passes, so I was able to get in there and also knock out some good looks. My teammates did a good job of following the game plan and that gave me good looks.”

“[We moved] the ball well,” Brase said. “29 assists [tonight], we are averaging 25 a night and we got 29 which is great. … Our two-headed point guard, you have Darius with 11 assists and Isaiah [Taylor] with 10 assists, so you can’t ask for much more out of your two point guards that both start together and play a ton of minutes together.”

The role players also came up big for the Vipers scoring points and giving the starters well-needed rests throughout the game. Joshua Smith came off the bench, scoring 16 points on 7-8 shooting and grabbing 10 rebounds in only 19 minutes of play. 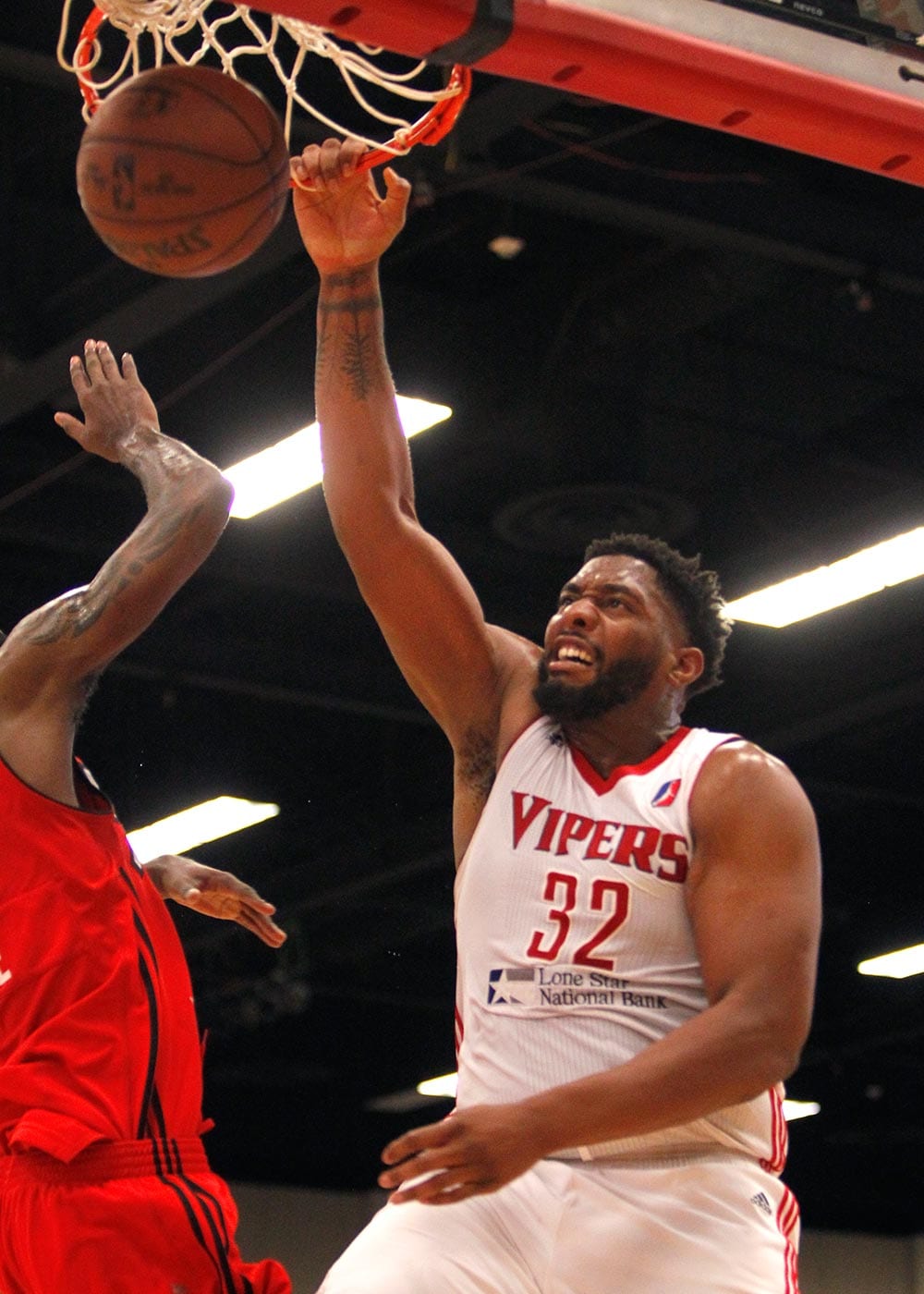 “Joshua Smith came in and really stepped it up tonight with a +19 in 19 minutes,” Brase said. “He had some great energy. And our core of guys who have been doing it all along throughout the playoffs did a great job throughout the 48 minutes of the game.”

“The bench has been great for us. … I think Josh Smith had a great game,” Morris added. “Really dug down there. But it was a collective effort from everybody that got in the game. I think it’s very important that we’re all locked in. We have a lot of talent so as long as everybody is clicking, and even if somebody is having a down game, we can sub people in and pick it up.”

C.J. Leslie led the scoring for the 905, finishing with 25 points on impressive 9-12 shooting. Forward Pascal Siakam — on assignment from Toronto along with Bruno Caboclo — was good as usual, scoring 20 and grabbing 10 rebounds in the loss. It is important to note that the Raptors are playing without two of their best players, wing Axel Toupane and center Edy Tavares, who both recently signed NBA contracts.

Looking Ahead To Game 2

Both teams will be boarding flights to travel almost 2,000 miles north to Mississauga, Ontario for the final game or games (depending on whether the Vipers win in Game 2).

The Vipers will seek to close out the series with another impressive win. The 905 will be clawing for their lives, their home city behind them, cheering them on.

“It’s not going to be easy on the road,” Morris said. “The good thing is that we’ve had to close out all of the [playoff] series on the road [so far]. Even in [previous] Game 3s so I think that’s brought us closer as a team and made us stronger having had that experience. We can’t say that we haven’t been in that situation before. I’m going to just keep everybody on the edge. We can’t take anything for granted no matter how hard we played today, and we definitely had the city behind us so I anticipate their city to be behind them.”