Recap their week at Summer League:

3 Standouts
Three players who helped their stock this week:

Justin Dentmon, Guard: There’s no question that the 6-foot guard can score: he’s done it from the University of Washington to the Development League to three NBA Call-Ups to five countries overseas and back. But he showcased a maturity in his game in his efficiency and his ability to fit within the team concept — an area he said he focused on after teams questioned his attitude.

Scotty Hopson, Guard: Hopson still needs to become a knockdown shooter; he finished 2-for-18 from three. But he’s shown an understanding that he needs to diversify his game after missing his initial opportunity to make the jump. Despite his shot not falling, the former McDonald’s All-American displayed NBA-level athleticism in slashing to the rim and competed defensively.

Matt Bouldin, Guard: Bouldin is the consummate team-oriented glue guy — he’s reached the NBA D-League Finals with the Mad Ants in back-to-back seasons for a reason. Besides his top-notch basketball IQ and strength, which helps him hold his own defensively, it’s Bouldin’s effortless jump shot that make him valuable. He shot 11-for-25 (44%) from deep in Vegas, including 3/4 in the closing game.

“Our guys should be hungry. They have a right to be hungry. We also should be coming together with the common bond that we’re not second-class citizens, but we’re definitely a step below where we want to be. At the same time, it’s summer league and the other teams are filled with guys that are in the same boat. We really have no excuse to not give it our best effort every game and fight and claw for everything we’ve got because these guys are fighting for their careers and their paychecks for next season.”

“Honestly, man, this is my rookie year, so I haven’t played in the league yet. This is a big opportunity for me. That’s what I’ve been working for and working to get all my life. It’s just a golden opportunity to come out here and play, show your abilities, and hopefully one of the teams will need that on their roster. Good things can happen. 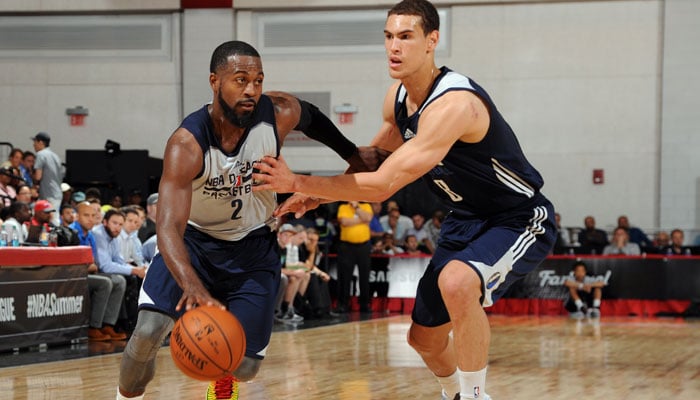 “We’re the underdogs. I feel like guys look down on us. I just really wanted to come out and show we’re just as good as everybody else, if not better.”