The NBA D-League has paved the way for many basketball careers, from Jeremy Lin to Hassan Whiteside

But players aren’t the only beneficiaries of journeying through the minor-league system. Current NBA head coaches Dave Joerger (Kings), Quin Snyder (Jazz), Luke Walton (Lakers) and Earl Watson (Suns) each enjoyed success at the D-League level before making the jump to the big league.

As the NBA season approaches, here’s where these head coaches ventured before roaming NBA sidelines:

Before compiling a 147-99 record in three seasons as head coach of the Memphis Grizzlies, the new Sacramento Kings coach dominated the IBA/CBA ranks, leading the Sioux Falls Skyforce to the 2005 CBA title with a 31-17 regular season record. Joerger’s success included four-straight National Conference titles, a 2001 IBA championship, and CBA rings from the 2002 and 2004 campaigns, when he led the Dakota Wizards to a 121-55 mark.

The Wizards moved to the NBA D-League in 2006-07 and Joerger’s run continued with an NBADL title.

Of course, now Joerger is head coach of the Sacramento Kings, recently leading an injury-ravaged Grizzlies squad to an unexpected playoff run without All-Star center Marc Gasol, going 42-40 before losing in the first round of the NBA postseason.

If Snyder’s journey to Utah’s sidelines is any indication, the up-and-coming Jazz are headed in the right direction. From 2007-10, the third-year head coach led the Austin Toros (now Austin Spurs) to fine success. During his first year at the helm, Austin won the Southwest Division title, earning the team’s first D-League Finals berth. The Toros lost the series 2-1 to the Idaho Stampede, but the seeds of growth were planted in Austin, where the Toros have missed the postseason only once since Snyder’s first season, winning the 2012 D-League Finals.

After moving on from the Toros, Snyder honed his craft with the 76ers and Lakers, learning from Doug Collins and Mike Brown before attempting to fill the shoes of longtime Utah great Jerry Sloan. The Jazz haven’t made the playoffs since 2012, but they are entering this season with high expectations after narrowly missing out in 2016. 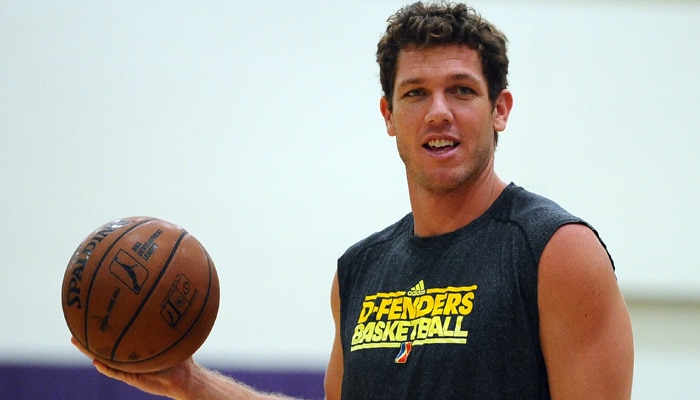 It’s no secret Walton comes from great basketball genes. His Hall of Fame father Bill passed along a hoops IQ and passing acumen special enough for Luke to carve out a solid NBA career, highlighted by title runs in 2009 and 2010.

But the D-League is where the young Walton started distinguishing himself. Following an assistant coaching stint with the University of Memphis during the 2011 NBA lockout, Luke was hired as player development coach for the Los Angeles D-Fenders for the 2013-14 season, when L.A. won its second division title.

You’re probably familiar with the rest of Luke’s journey, which has included a 2015 NBA title as assistant coach of the Warriors, and a 39-4 start record during Steve Kerr’s absence to begin the 2015-16 season, leading to the Warriors’ NBA-best 73-9 record.

Point guards are often regarded as coaches on the court. During his 13-year NBA career, Watson played for seven teams. After learning under George Karl, Hubie Brown, and Terry Stotts, the former floor general pursued his own career on the sidelines.

Hired by the Austin Spurs in October 2014, Watson contributed as assistant coach, with Austin going 32-18 in his lone season on the staff. Watson’s ascension has been pretty quick, considering he’s already head coach of the NBA’s Phoenix Suns, where he’s overseeing the team’s rebuild. He was originally named the team’s interim head coach last February.