By Lorenzo Brown as told to Alex Busch

I started working out with guys that were on that level. That’s when I began to take the game very seriously.

In high school in Alpharetta, Ga., we had talent. My sophomore year we made it to the Georgia State Championship Game, and lost by one. That was the closest I have ever been to winning a championship, and I continue to chase it.

I was always a two guard, a shooter. But going into college at NC State, I started to transition to point guard and became a full-time PG during my sophomore season. That’s when things really started to look up even more for me. I proved to myself and everyone else that I could pass better than most in our league. I really became more active on the ball and led the offense.

The big games always boosted my confidence. Playing North Carolina, Duke and Syracuse a bunch, against guys that are in the league now, that showed me I could play against anybody. 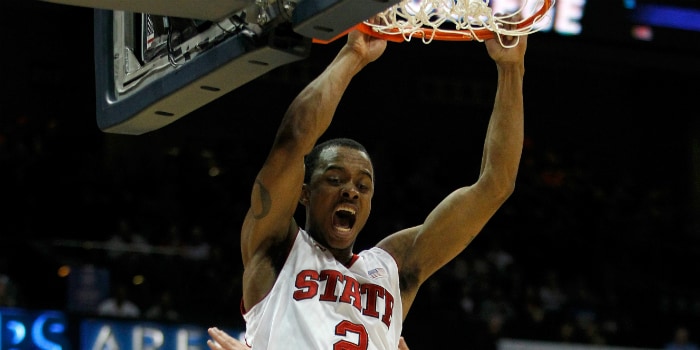 My professional career, though, has been pretty stressful.

I’ve been in a hotel most of my career. I’ve been bouncing around not knowing where I will be at, trying to stick with a team.

It’s been stressful, but it’s toughened me up to be who I am today. Even just by coming in and leading these young guys this season, it’s been a very humbling experience.

Two-way contracts being introduced this season helped my career so much. Before the season, I was going to go overseas. But my agent talked to me and told me that this was going to be a great opportunity with the Raptors, and I took it.

I was able to work with coach Stackhouse, and with the Raptors, who have shown to have a great organization where they develop their guys with the 905.

This year has been incredible for my career. Being in the same city with both teams, I’ve had opportunities to lock in anytime that I want to. Watching Kyle Lowry, DeMar DeRozan, those All-Star type players, and how they work — it rubbed off on me and my work ethic. 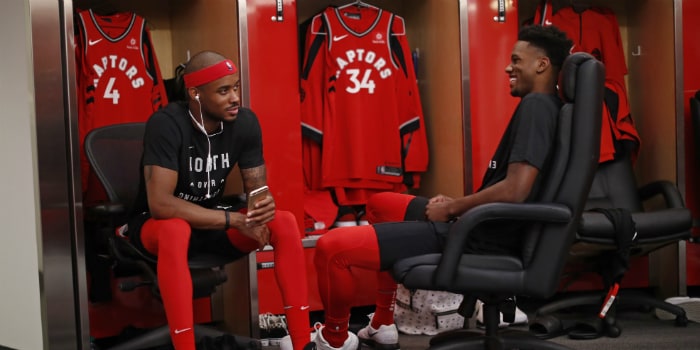 But it’s also been hectic.

But so has my career.

I’ve been back and forth so many times in my career. My body is built for this.

I took the risk this season, but I’ve been blessed.

It’s all about staying faithful to the game that I love, just playing basketball.

After being drafted in the second round by the Minnesota Timberwolves in 2013, Brown bounced around the NBA and the NBA G League, plus a one-year stint with the Zhejiang Golden Bulls in China in 2016-17. Brown started the 2017-18 season as a two-way player with the Toronto Raptors and Raptors 905, before recently being converted to a full NBA contract with the Raptors following his MVP season with the 905.