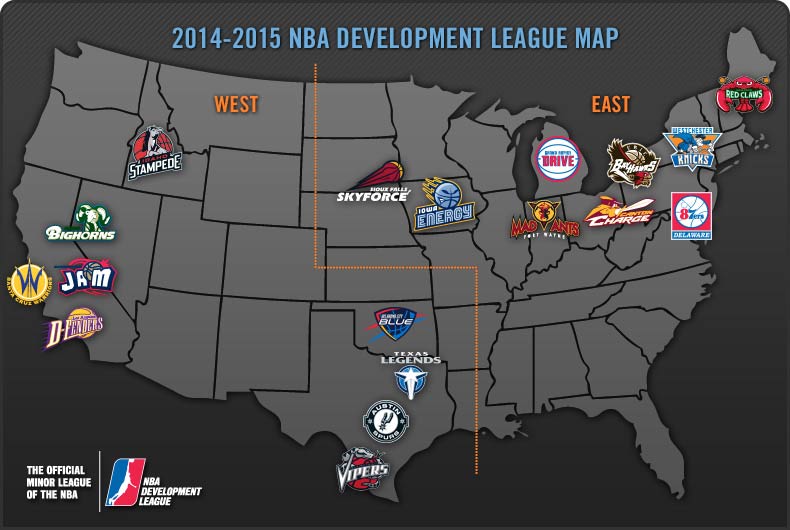 The NBA Development League has a brand-new look heading into its 14th season.

In 2014-15, there will not only be new players taking the court — there will be new coaches on the sideline, new logos across jerseys and new cities on the NBA D-League map.

Here’s a full rundown of what changed during a busy offseason for the NBA’s official minor league: 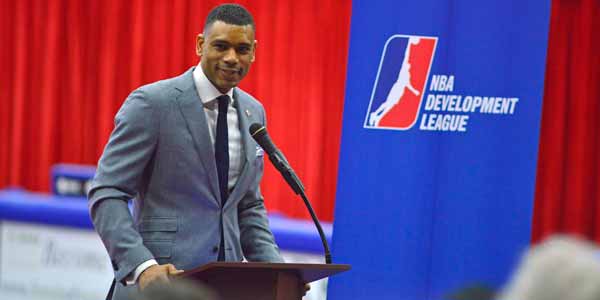 The Knicks became the seventh NBA franchise to fully own and operate a minor-league club, giving players like second-round pick Thanasis Antetokounmpo a chance to develop under their watch, less than 30 miles from the Garden.The league welcomed the Westchester Knicks and Grand Rapids Drive during the spring, meaning the 2014-15 season will feature an all-time-high 18 teams.

Detroit kept its farm team just a short drive away, as well, purchasing the Springfield Armor — the former affiliate of Nets — and relocating the team to Michigan.

The ultimate vision for the NBA D-League — minor-league affiliates paired up exclusively with each of the 30 NBA teams — is becoming clearer. With some reshuffling this offseason, the league is now more than halfway toward that goal.

A record 17 NBA teams now have one-to-one affiliates after Memphis, Utah, Orlando and Phoenix joined the fray. That gives them valuable advantages in developing talent and experimenting on the court, from running the same offensive and defensive systems to having better access to their own prospects than any other team.

It leaves the Fort Wayne Mad Ants as the affiliate for the remaining 13 teams. (Read about how the new assignment system will work.)

After employing three divisions last season, the league will divide the teams into two conferences, Eastern and Western, with two divisions each: Atlantic and Central; Southwest and West.

THE AUSTIN TOROS AND TULSA 66ERS GET MAKEOVERS

Over the past several years, the Spurs and Thunder have worked to emulate their culture at the NBA D-League level. After a pair of changes this fall, their synergy has now trickled all the way down to their team names. 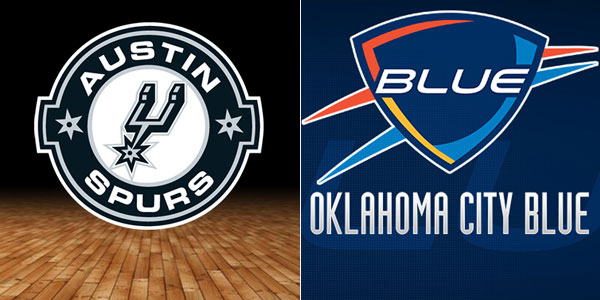 11 TEAMS TAB NEW HEAD COACHES
With promotions, changing affiliations and constant experimentation, continuity on the bench is rare in the NBA D-League. In fact, just five of the head coaches from last season will return in 2014-15.
The new coaches range from well-traveled vets like Otis Smith — the former Magic GM now chosen to lead the Grand Rapids Drive — to David Arseneault Jr., who until mid-October was the associate head coach of a Division-III team.

How Arseneault in particular fares will be fascinating to watch. Will he bring the famed and often controversial “Grinnell System” — which, for a refresher, produced Jack Taylor’s headline-grabbing 138-point game in 2012 — to Reno? 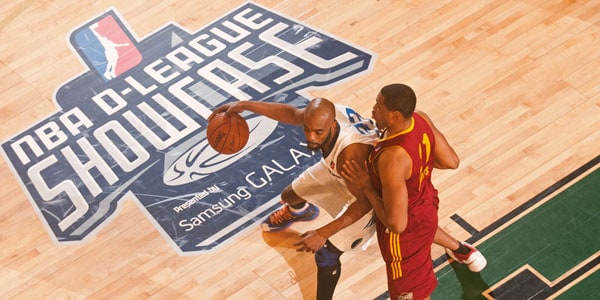 After two years in Reno, the NBA D-League Showcase — the annual scouting event that puts all 18 teams on display for NBA personnel — will shift to Santa Cruz, Calif., in January. And the Showcase Cup will be up for grabs for the first time as each team plays two games as part of a new tournament format.

Pierre Jackson, Shabazz Muhammad and Seth Curry were among the standouts at last year’s Showcase, and six NBA D-League prospects earned GATORADE Call-Ups to the NBA in the first two weeks following the event.