The Oklahoma City Thunder raised eyebrows in June when they drafted Josh Huestis, a projected second-rounder, with the 29th pick in the first round of the NBA Draft.

But the plan became clearer about a month later when reports surfaced that the team planned to send Huestis to the NBA Development League as the so-called first-ever domestic draft and stash player.

Now the 23-year-old forward is more than halfway through his rookie season with the Oklahoma City Blue, who play across the street from the Thunder. While Huestis made the headlines, Thunder second-round pick Semaj Christon has also joined him in the NBA D-League, and the two had the Blue rolling on a recent nine-game winning streak.

Here’s how the two have fared through 27 games under the watchful eye of the Thunder brass, with insight from first-year Blue head coach Mark Daigneault and the rookies themselves:

BREAKDOWN: To make sense of Huestis’ decision to spend his rookie season with the Blue, look no further than the 5.6 three-pointers per game that he is currently attempting.

Though letting it fly at such a high rate makes Huestis a less effective player in the short term — he’s shooting just 34% from deep — he clearly has eyes on establishing a long-term future as an NBA player.

And developing three-point range is exactly what he needs to do to grow into the glue guy the Thunder envision. He has the freedom to do that in an environment where the reps are more important than the make-or-miss results. 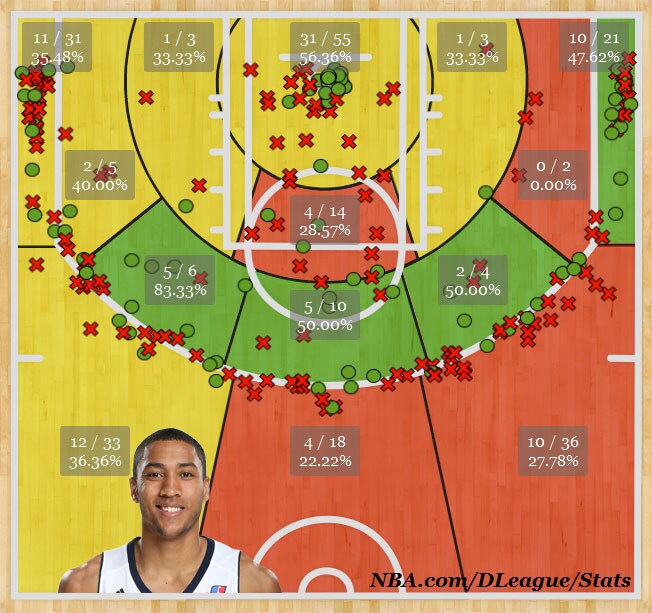 The adjustment from playing down low to playing the wing is just as challenging defensively, but Huestis’ potential on that end has shined through: He’s used his athleticism and 7-1 wingspan to guard four different positions and block shots at the same rate he did during his senior season at Stanford (1.9 per 36 minutes).

COACH’S TAKE: “He’s making probably the hardest adjustment in basketball, which is going from the 4 (power forward) to the 3 (small forward). The thing that’s been most impressive to me is how well he’s developed perimeter-wise on defense, guarding really, really good players on the perimeter in this league. That’s a lot different, and he’s done a good job – he’s put a lot into it.

Offensively, he’s really, really understanding spacing, he’s understanding how to move when guys are getting in the lane, how to get himself open for shots. He’s finding himself open more than he was in the beginning of the year.

He’s vertical off the floor and he’s got great length. Right now, his length is a means of recovery – he’s kind of late on some plays and he recovers with his length; he goes and blocks a shot on a play that he may have been out of if he didn’t have the same stature and presence. We’ve got to get him to a point where now hes anticipating and he’s asserting his length and his size on the game rather than using it as a bail-out sometimes.”

IN HIS OWN WORDS: “I’ve had a blast playing with these guys. There are a lot of great opportunities to learn playing against good competition, really getting my feet wet in the Thunder system and I’m loving it.

They gave me a direction that they want me to go and it’s totally up to me how hard I want to work at it. I’m working my hardest in making this transition and they’ve been with me every step of the way.”

Either way, Christon is beginning to look like the player many thought he could be before his draft stuck fell following his sophomore season at Xavier.

Most of all, he’s looked like a point guard from the time his rookie season tipped off, not the tweener he was labeled as because of his explosive scoring ability. Christon thinks the game, and you can see it in the way he’s picked spots to find shots for his teammates and himself throughout the season.

With ideal size for a point, the 22-year-old has flashed upside: the ability to defend both guard spots, an array of crafty in-between shots when he gets in the paint, and an advanced understanding of how to read defenses. Beyond that, he will go as far as his slowly improving jump shot takes him. 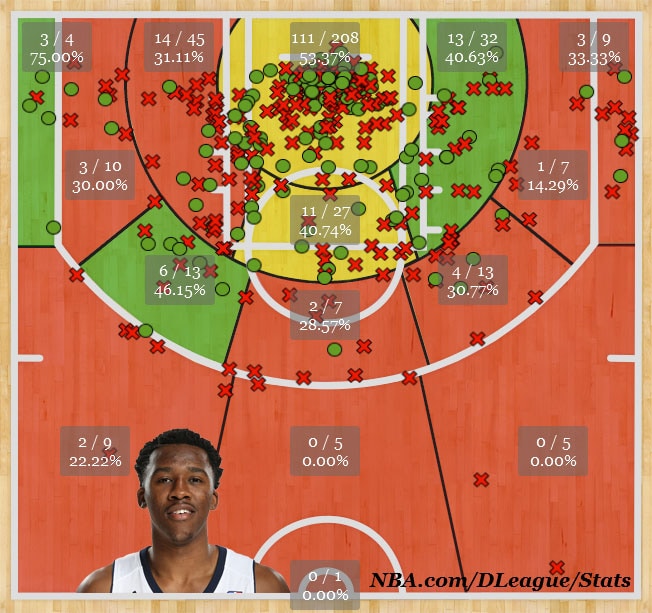 COACH’S TAKE: “He’s a point guard. I’ll say this: He came to us as a point guard. [Xavier] had a smaller guy on their team, which is why he was off the ball a lot, but he’s a point guard, especially mentally. He’s really, really cerebral on the floor, really understands situations, understands the team, understands personnel – the guys he’s playing with. At least four or five times a game, he comes up to me and is asking a relevant question about what were doing on offense or defense.”

IN HIS OWN WORDS: “It wasn’t really a big deal for me to come here and play point guard. I always played point guard and always thought I was a point guard.”

It’s a good experience to come out here and just learn how to be a pro. They teach you everything you need to know. … I talked to [the Thunder players] a lot, especially during the summer time, I worked out with them a couple times. They’re all happy for me and telling me to work hard.”