NEW YORK, Oct. 20, 2016 – The NBA Development League and the Sacramento Kings today announced that the team has acquired a controlling interest in the NBA D-League’s Reno Bighorns.  With the purchase, the Kings become the 15th NBA team to own and operate its NBA D-League affiliate. 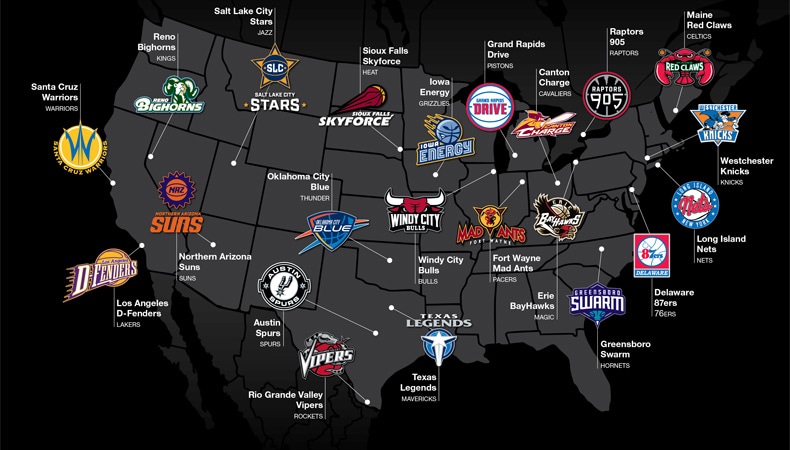 “With today’s purchase, half of NBA teams now own and operate their NBA D-League affiliate – an important milestone that proves how essential developing top young NBA talent has become,” said NBA D-League President Malcolm Turner.  “I’m thrilled to welcome Vivek Ranadivé and the Sacramento Kings’ ownership group to the NBA D-League family and want to thank Herb Santos for his integral role in Bighorns basketball.”

Longstanding partners, the Bighorns and Kings have been affiliated since the 2008-09 season, Reno’s inaugural NBA D-League campaign.  Prior to the 2013-14 season, the teams entered into a single-affiliation partnership, with the NBA franchise managing basketball operations for the NBA D-League club.  With today’s purchase, the Kings will now assume all business operations of the Bighorns.

“We’re excited to deepen our relationship with the Bighorns and the Reno/Tahoe community,” said Kings owner and chairman Vivek Ranadivé. “This is an incredible opportunity to develop players, front-office staff and future business executives for the Sacramento Kings, while simultaneously contributing meaningfully to the Reno entertainment, commercial and non-profit ecosystem.”

Since the team’s inception, more than 10 Bighorns have earned GATORADE Call-Ups to the NBA, including San Antonio Spurs guard Danny Green.  Additionally, 16 NBA players have spent time on assignment in Reno, including current NBA players Jeremy Lin and Hassan Whiteside.

“It has been a tremendous honor and privilege to grow basketball and provide family-friendly entertainment in the Reno community over the past five years,” said Bighorns minority owner Herb Santos.  “I cannot thank everyone enough for the years of support and look forward to continuing to cheer for the Bighorns alongside each of you.”

On Nov. 2, the Kings will join the Bighorns for a Celebration Day featuring Kings talent in order to give fans in Reno an opportunity to connect directly with the Sacramento organization.  Those interested in purchasing a season-ticket membership can sign up on the priority list at RenoBighorns.com/membership or by calling 888-91-KINGS to have first shot at securing seats before they go on sale to the public on Nov. 2.

Launched in 2001, the NBA D-League has expanded from an eight-team league to a record 22 teams for the 2016-17 season, all of which will be singly affiliated with an NBA parent club.  The NBA D-League will tip off its 16th season on Nov. 11.