It took nearly 69 seasons for a player of Indian descent to appear in an NBA game.

Bhullar has been viewed as a pioneer since signing with Sacramento in April after a season with the Reno Bighorns, the Kings’ NBA Development League affiliate. But few expected his influence to spread this quickly.

Singh said he met Bhullar in Sacramento during the spring and spoke with him in the days leading up to the draft. “He said, ‘Just play hard and work hard over there,’” said Singh, who at 7-foot-2, 290 pounds is literally fit to follow in the 7-5, 360-pound Bhullar’s footsteps.

Bhullar, who visited India for a week after his rookie season concluded, posted a congratulatory message to Singh on Instagram.

Congratulations to satnam. Wish you the best. Together we can make indians across the world proud and best of all inspire a generation of kids to follow their dreams and stay on a positive path. The road ahead for both of us is going to be an uphill climb but we can find motivation from our community. #nbadraft #simnation @nbaindia #satnam

MORE: All You Need to Know About Sim Bhullar 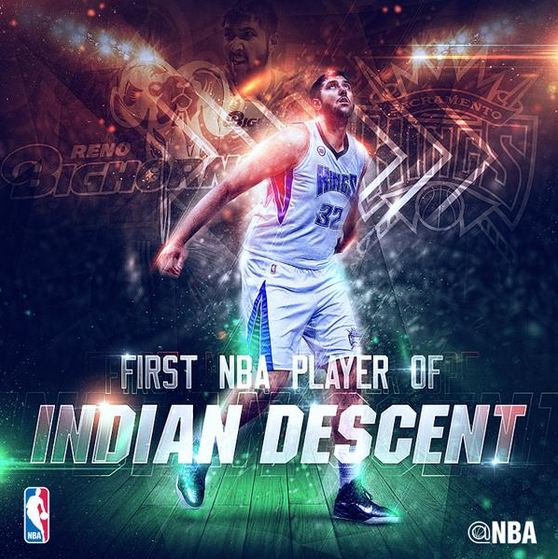