Today’s acquisition marks Collison’s second stint with the Lakers organization this season after signing a 10-day hardship exemption contract with the Los Angeles Lakers on December 24, 2021. The six-foot guard appeared in three games during that stretch, averaging 1.3 points, 1.3 rebounds and 0.7 assists in 12.3 minutes per game.

Collison is expected to join the South Bay Lakers for their next home game on Friday, March 25th as they take on the Austin Spurs at 7:00 P.M. PT at the UCLA Health Training Center. 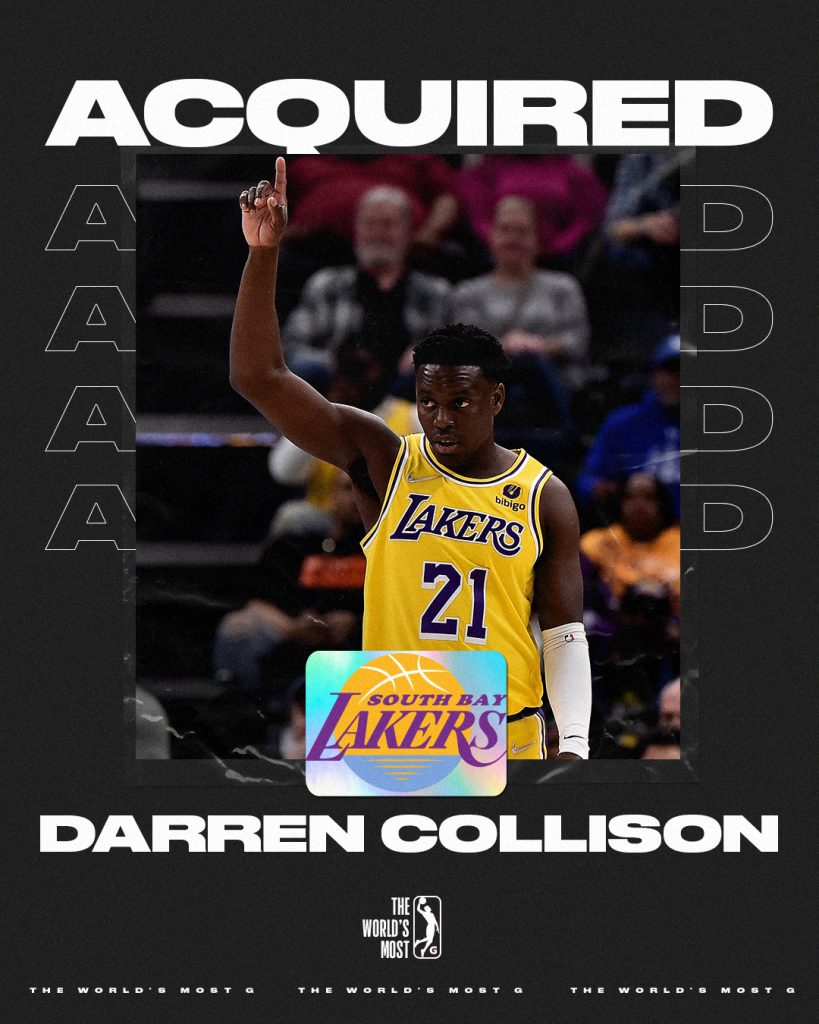