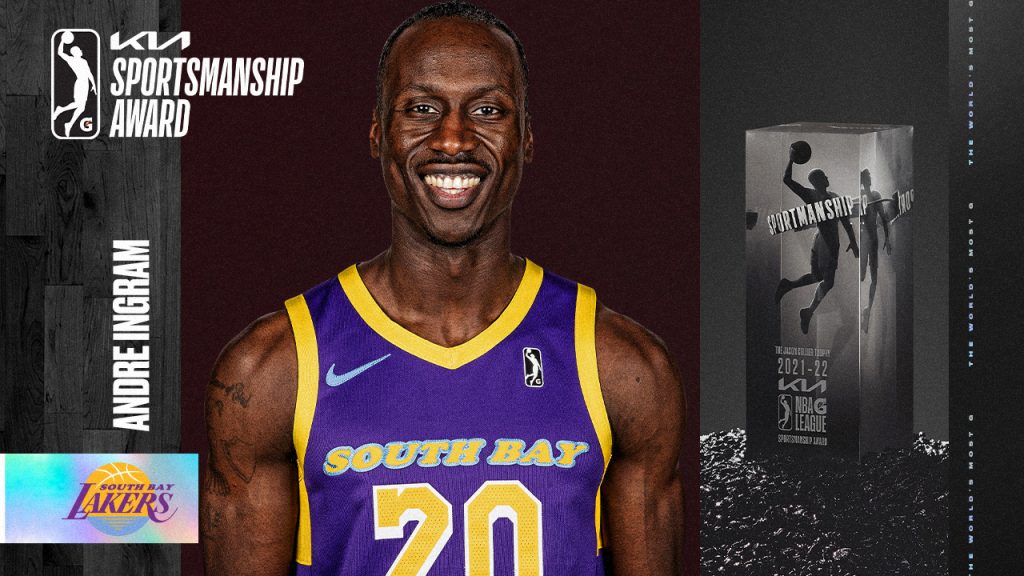 NEW YORK, April 10, 2022 – South Bay Lakers guard Andre Ingram has been selected by his fellow NBA G League Players as the winner of the 2021-22 Kia NBA G League Sportsmanship Award, which honors the player who best represents the ideals of character and conduct as a teammate on the court and in the locker room.  Ingram becomes the second two-time winner in NBA G League history, having previously received the award for the 2009-10 season.

The Kia NBA G League Sportsmanship Award trophy is named after the late Jason Collier, who exemplified the qualities of a great teammate during his career in the NBA G League and the NBA.  A 2003-04 All-NBA G League First Team selection, Collier was preparing to begin his sixth NBA season at the time of his death in 2005.