On Jan. 18, 2015, during the heat of his MVP season, Stephen Curry made the 70-minute trip from Oakland across the bay to Santa Cruz, Calif. It was an off day, and he had a game to catch.

Younger brother Seth, a star at the minor-league level for the Erie BayHawks, was playing in the NBA D-League Showcase. Steph watched from the front row as Seth scored 25 points in front of a host of NBA scouts. “He’s my biggest fan,” Seth said afterward.

On Saturday, the sweet-shooting, biological Splash Brothers meet again. This time, they will both be in uniform as Steph’s Warriors visit Seth’s Kings, six games into the younger Curry’s first season on a guaranteed NBA contract.

Before the family affair in Sacramento, catch up on all things Curry:

Tale of the Tape

No one on the planet was on Stephen Curry’s level last season (not to mention this season). But on the minor-league level, Seth cooked up a season that was so similar statistically, it’s downright eerie.

They both averaged 23.8 points per game and led their respective leagues in three-pointers made and free-throw percentage, for instance.

Study the tape, too, and it’s easy to see that Seth picked up a few things from his superstar sibling during those childhood pickup games:

The Quote
Steph on Seth during his emotional Kia MVP speech: 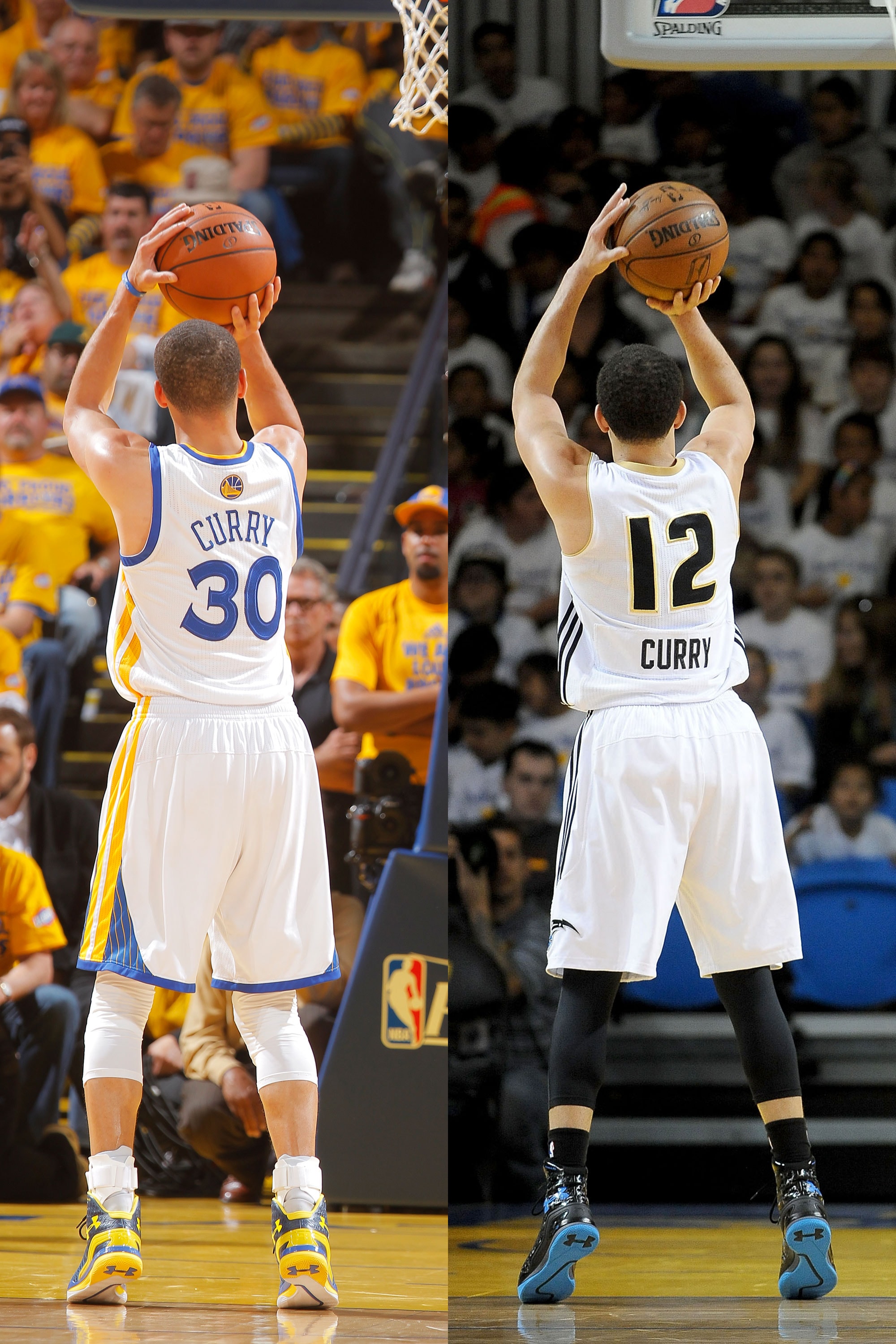 “I’m proud of you, man. We had some battles growing up. You challenged me every single day when we played 1-on-1 in the backyard.

Our games would go on all night, and it would usually end for one of two reasons: One, Mom would come in and say we were disturbing the neighbors, because it was too late and the bouncing ball would make them call over and tell us to shut up over there.

Or two, you’d get mad ’cause I was beating you, and you’d say I was cheating because I wouldn’t give you a foul call. And you’d take the ball and run in until I said, ‘Alright, you can have that foul — check up at the top of the key.’ Those battles, I’ll never forget.

It was a lot of fun, just seeing how you’ve grown and following your career. The sky’s the limit for you. Keep doing what your doing and you keep making the family proud.” 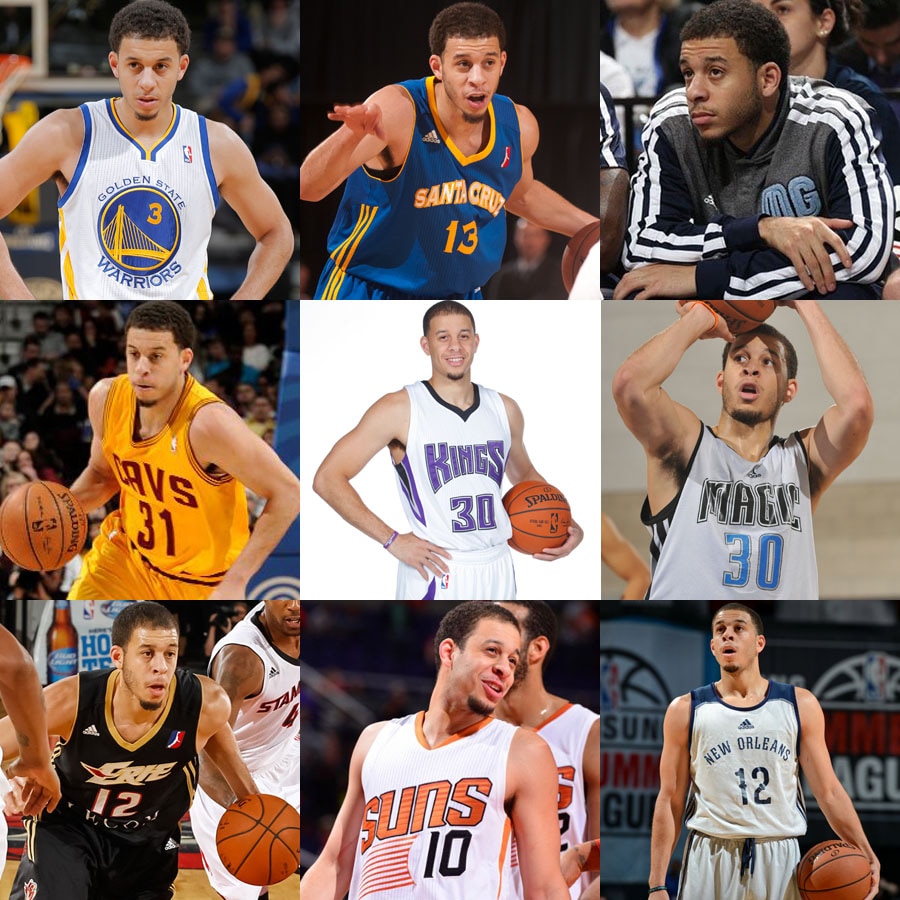 It took two years, with stops of varying length through eight different teams, but the ninth time was a charm for Seth Curry.

And Riley Has Video-Bombed Them Both

Yes, even three-year-old Riley got her start in the NBA D-League.

Before Steph’s daughter stole the show during the NBA Playoffs, she got her video-bombing reps at the NBA D-League Showcase with Uncle Seth.