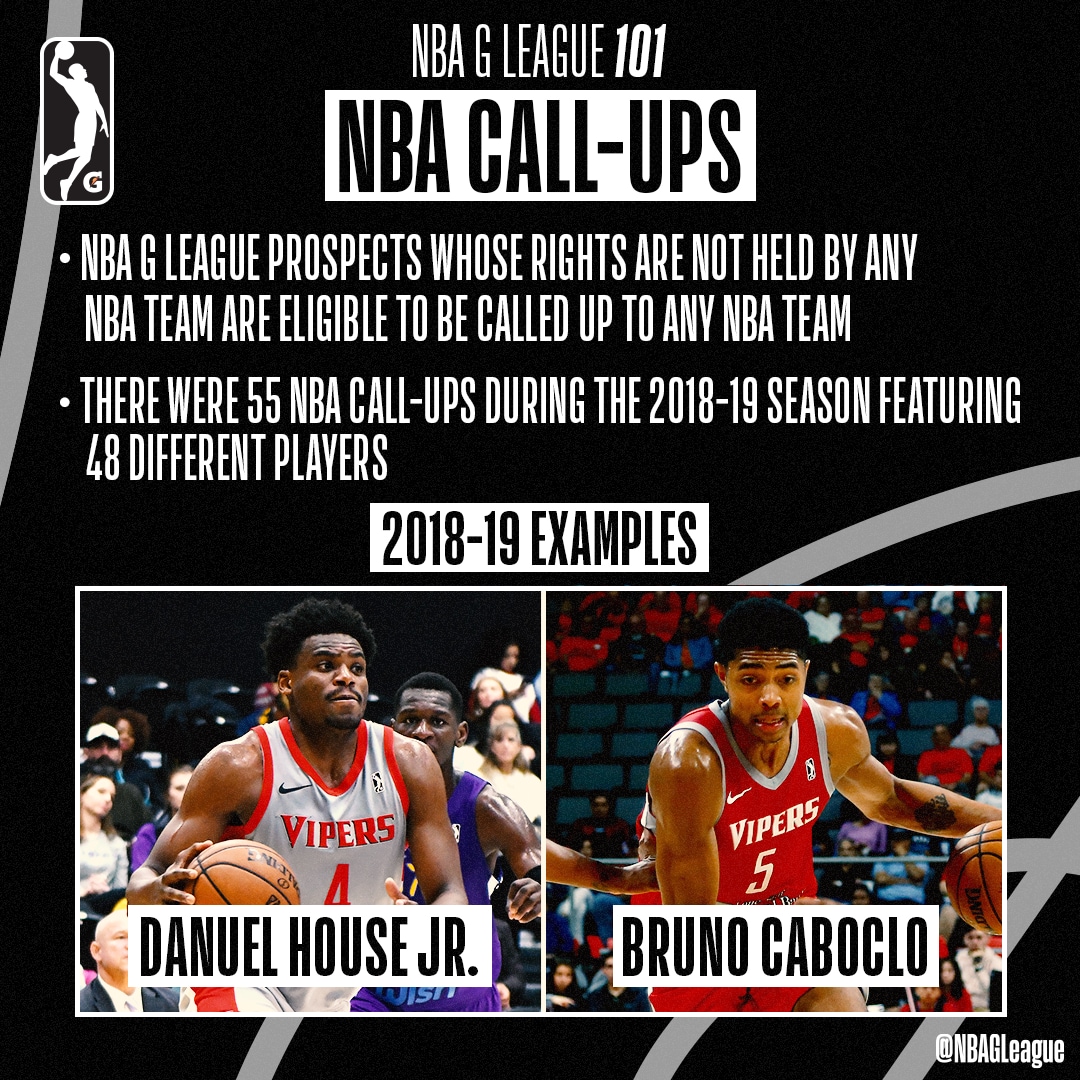 All 28 NBA G League teams are singly affiliated with an NBA franchise, but that does not mean that NBA franchises own exclusive rights to all of the players on their NBA G League roster (like in Major League Baseball).

Outside of Two-Way Players and players on NBA Assignment, the majority of players in the NBA G League are available for any of the 30 NBA teams to sign (call up); these NBA G League players have signed contracts with the league rather than their individual team, so by NBA standards they are technically free agents.

This is why, for example, the Miami Heat could call up a Memphis Grizzlies “prospect” from the Grizzlies’ affiliate — as they did in 2014 when they signed center Hassan Whiteside.

There are three types of players on NBA G League rosters whose rights are exclusively owned by NBA teams:

1) Assignees — An NBA team can assign a player from its big-league roster to its NBA G League affiliate. This player remains under contract with the assigning NBA team and can be recalled by only that team.

2) Two-Way Players — Beginning in the 2017 offseason, NBA rosters expanded from 15 to 17 players with the addition of two spots for players under “Two-Way Contracts.”

NBA teams may have up to two players under NBA Two-Way Contracts who will spend the bulk of the season in the NBA G League and no more than 45 days with their NBA team. Two-Way players are paid a corresponding daily amount based on the number of days they play in each league. Only players with four or fewer years of NBA service are able to sign Two-Way Contracts, which can be for either one or two seasons.

3) Draft Rights Players — An NBA team can acquire a player in the NBA Draft, decline to sign him to an NBA contract and instead allow him to sign with the NBA G League. In that case, the NBA team’s NBA G League affiliate can acquire that player directly, bypassing the usual NBA G League player selection processes.

The other exception to this rule lies in players who enter the G League as a path to the NBA Draft. NBA G League players who still have NBA Draft eligibility cannot be called up to the NBA.