NEW YORK, Feb. 9, 2021 – The NBA G League today announced the winners of additional 2019-20 season annual awards, honoring players and executives for their efforts off the court and recognizing them as trailblazers in team business and social impact.  Santa Cruz Warriors forward Juan Toscano-Anderson was named the recipient of the NBA G League Community Assist Award presented by Kaiser Permanente, which recognizes a player who best reflects the passion of the NBA family to give back to their communities, while the Raptors 905 were recognized as Franchise of the Year and Maine Red Claws President Dajuan Eubanks was named the Team Executive of the Year for the 2019-20 NBA G League season.

The 2020-21 season tips off at the ESPN Wide World of Sports Complex at the Walt Disney World resort near Orlando, Fla., where 17 NBA G League teams and NBA G League Ignite will each play 15 games from Feb. 10 – March 6. The top eight teams will advance to a single-elimination playoff, which will begin on March 8 and conclude with the NBA G League Final presented by YouTube TV on March 11.

Toscano-Anderson is being recognized as the first-ever recipient of the NBA G League Community Assist Award presented by Kaiser Permanente for his continued commitment to positively impacting the lives of children and families in Santa Cruz and Oakland, especially those from the Latinx community.  With a focus on mentorship, Toscano-Anderson spoke with more than 300 students in Santa Cruz about the importance of education, addressed a crowd of over 2,000 people in Spanish at the Dia De Los Muertos Film Festival Watsonville, hosted a free basketball clinic for young people in the Monterrey community and participated in multiple Read to Achieve events with more than 500 youth over the course of the 2019-20 season. 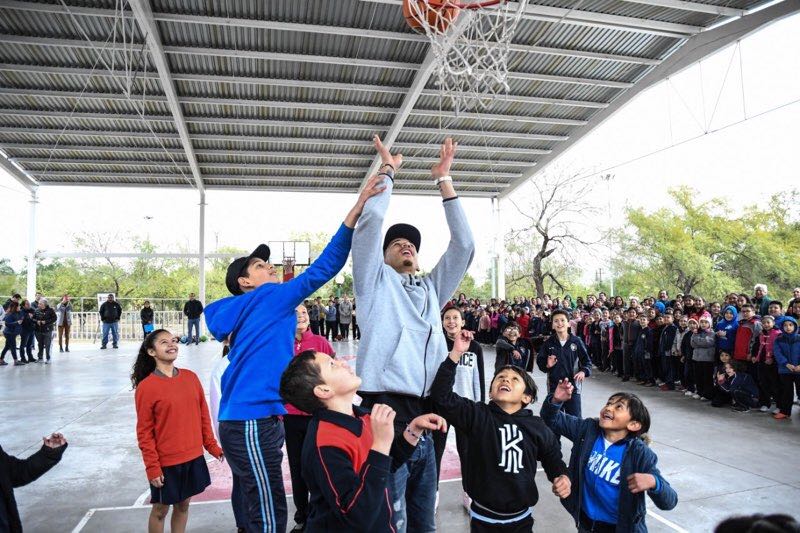 In Jan. 2020, he hosted a postgame Q&A session with members of the Latinx community to discuss his childhood, career and pride in playing for the Mexican National Team and, as part of the conversation, he surprised the non-profit Digital Nest with a donation to support their work to empower young Latinx professionals.  Additionally, Toscano-Anderson supported families in need during the holidays, including by organizing a shoe donation drive, surprising three young men from the East Oakland Youth Development Center with new shoes for Christmas and providing a local family with a full Thanksgiving meal and meet and greet experience. 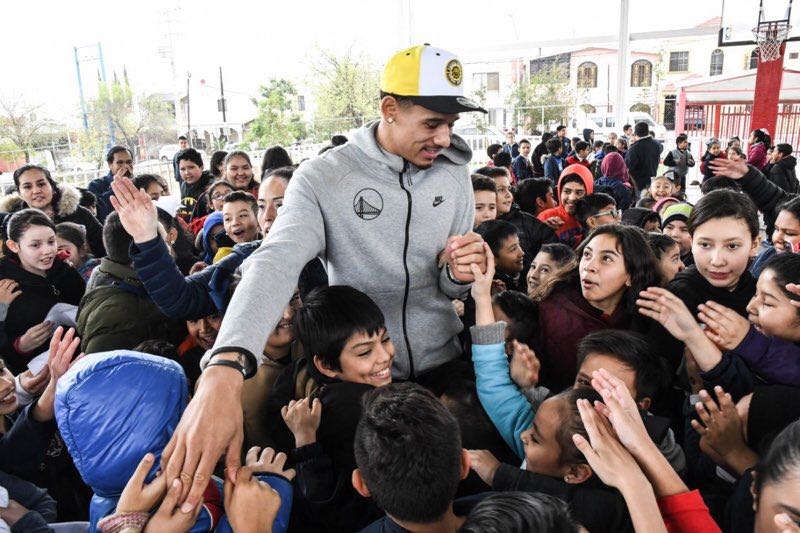 Raptors 905, the affiliate of the Toronto Raptors, was named as the third recipient of the Franchise of the Year Award, which is given to a team that exemplifies the NBA G League’s three core pillars: Compete with Intensity, Lead with Integrity and Inspire Play.

Starting with a 2019-20 opening night event featuring the Larry O’Brien Trophy won by the Toronto Raptors at 2019 NBA Finals, the Mississauga, Ontario-based franchise demonstrated that they have been embraced by basketball fans in Canada as they experienced an 11 percent increase in attendance last season.  The team also proved to be one of the most popular teams in the league as fans watched over six million minutes of game action via Twitch and ESPN+ prior to the suspension of the season. 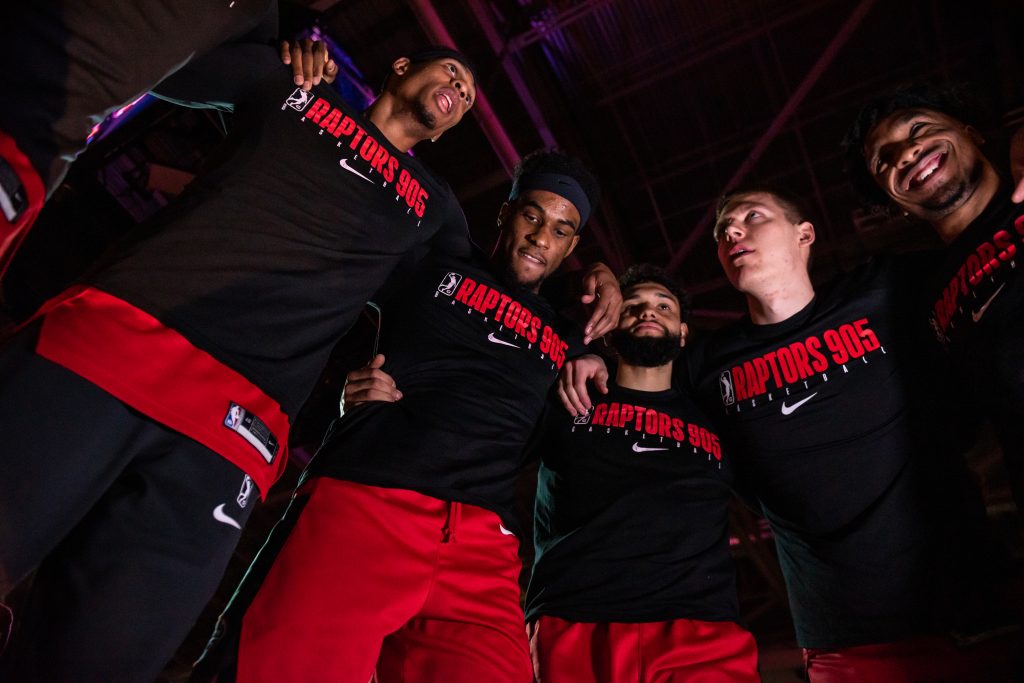 Raptors 905 was also recognized for their community service work. On Dec. 5, 2019, they hosted the Giants of Africa event, which was held at Toronto’s Scotiabank Arena, attracting a G League season high of 16,836 fans. The Giants of Africa is a youth basketball program in Africa, founded by Toronto Raptors President Masai Ujiri.  The team also hosted its Bell Let’s Talk Day on Jan. 28, 2020 to bring awareness and raise funds to support Mental Health across Canada. 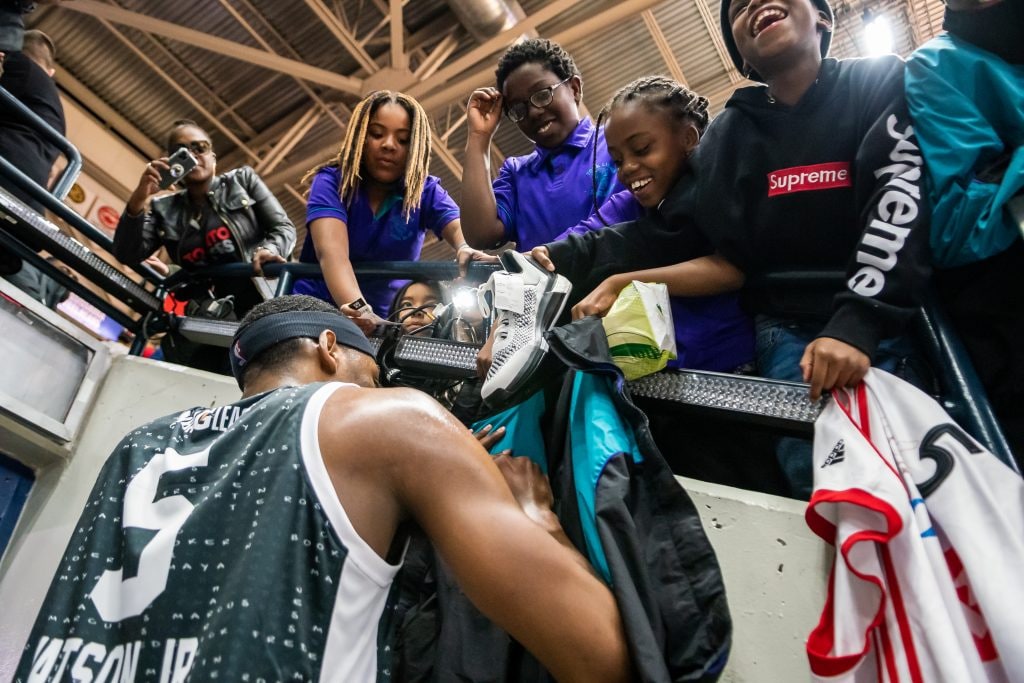 In addition, the teams hosted several successful fan events throughout the 2019-20 season including Welcome Toronto (gold jerseys to accentuate their partnership with the Toronto Raptors), Chinese New Year, Black History Month and International Women’s Day games.  They also celebrated their connection with the Toronto Raptors with three alumni nights honoring the success of former players Fred VanVleet, Norman Powell and Pascal Siakam as fans received bobble heads honoring these players, who went from G League Champions to NBA Champions. Previous recipients of the Franchise of the Year Award include the Texas Legends (2019) and the Santa Cruz Warriors (2018).

Selected by the league’s team presidents, Maine Red Claws President Dajuan Eubanks, who has been with the organization since it entered the league in 2009, led the affiliate of the Boston Celtics to one of the most successful years in the franchise’s 12-year history, despite the challenges imposed by the pandemic.  Eubanks’ leadership resulted in the Red Claws rolling to a first-place finish in the Atlantic Division with a 28-14 record.  Until the suspension of the G League season in March, Eubanks helped drive attendance to a 30 percent increase during the 2019-20 season, which led to the team playing in its home arena at 97 percent capacity, including 16 out of 19 home sellouts.  The team’s popularity soared last season with total page views on its website up 50 percent and on mobile devices up 218 percent.  The team also saw an 83 percent increase in unique visitors to its website and a 222 percent on mobile devices compared to the previous season.

Eubanks further displayed his leadership off the court last season as the team embraced the Portland community.  The Red Claws ran a successful campaign with Ecomaine to impact over 100,000 residents of Southern Maine through recycling programs in-arena, on school campuses and through social media.  In May, the Red Claws, on behalf of the Boston Celtics Shamrock Foundation, teamed up with TD Bank to launch ‘Fueling the Frontline’, a six-week community initiative aimed at supporting local restaurants while also providing meals to a wide range of frontline workers in the state.  As part of the program, TD Bank joined the Red Claws in purchasing food from six small businesses owned by Red Claws Season Ticket Members. The meals were prepared by those businesses and delivered to frontline essential workers and those most impacted throughout their respective communities during this COVID-19 pandemic.