Throughout a year of uncertainty, NBA G League teams remained committed to giving back to their communities around the country. From tackling food insecurity and offering COVID-19 relief efforts, to being involved with civic engagement and providing access to educational opportunities, our teams never quit serving those in need.

Annually, NBA G League teams are invited to submit the work they’ve done in their communities for league-wide awards. The submissions are split into two categories: Social Responsibility and Youth Basketball. This year was especially worth of celebration, as the challenges of 2020 continued into single-site play in 2021 in Orlando, Fla.

This season, the Delaware Blue Coats, Long Island Nets, and Santa Cruz Warriors have been recognized for having the top social responsibility programs in the G League for their community impact and innovation. The Fort Wayne Mad Ants were awarded for having the top Youth Basketball program.

Delaware’s Books and Basketball program, launched in 2016, has allowed the organization to connect with elementary schools in the area and support youth literacy. Members of the organization have made more than 150 classroom and library visits to not only read to students, but also let them select a book to take home. The reading videos are housed on the Blue Coats’ YouTube Channel.

“Basketball has power,” said Larry Meli, President of the Blue Coats. “This amazing platform allows us to engage the youth in our community in a way that is fun, exciting and impactful.” 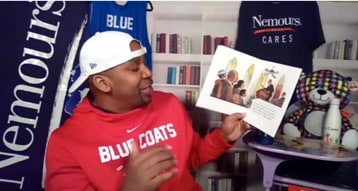 Approximately 2,000 students have been engaged through the virtual setting in 2021. Each video produced collects an organic social reach of 40,000 on the team’s digital media platforms. The Blue Coats’ community team continued to make book drop-offs this season through contactless, pre-arranged visits.

“Using our players, coaches, mascot and staff as ambassadors in the classroom, the Blue Coats have distributed more than 62,000 books to elementary school students in Delaware since 2016,” said Meli. “Books & Basketball presented by Nemours Children’s Health System is poised for continued growth in positively influencing youth literacy.”

Santa Cruz began the Swishes for Dishes food insecurity initiative during 2021 G League play in partnership with Kaiser Permanente and The Athlete’s Corner. Through this initiative, 30 meals per each point the Warriors scored were donated to combat hunger. Though the season was played in Orlando, Fla., all funds from this program supported the Second Harvest Food Bank of Santa Cruz County in California, where each dollar donated yields four healthy meals. This is the second year in a row the organization has won the Social Responsibility Award, winning last year for their Sea Dub Classics program.

“We are ecstatic to win the NBA G League Social Responsibility Award not only for the recognition but for the community impact made from the Swishes for Dishes program,” said Santa Cruz Warriors President Chris Murphy. “The impacts of COVID-19 increased food insecurity in Santa Cruz County heavily and we were proud to play a role in combating hunger in the county.” 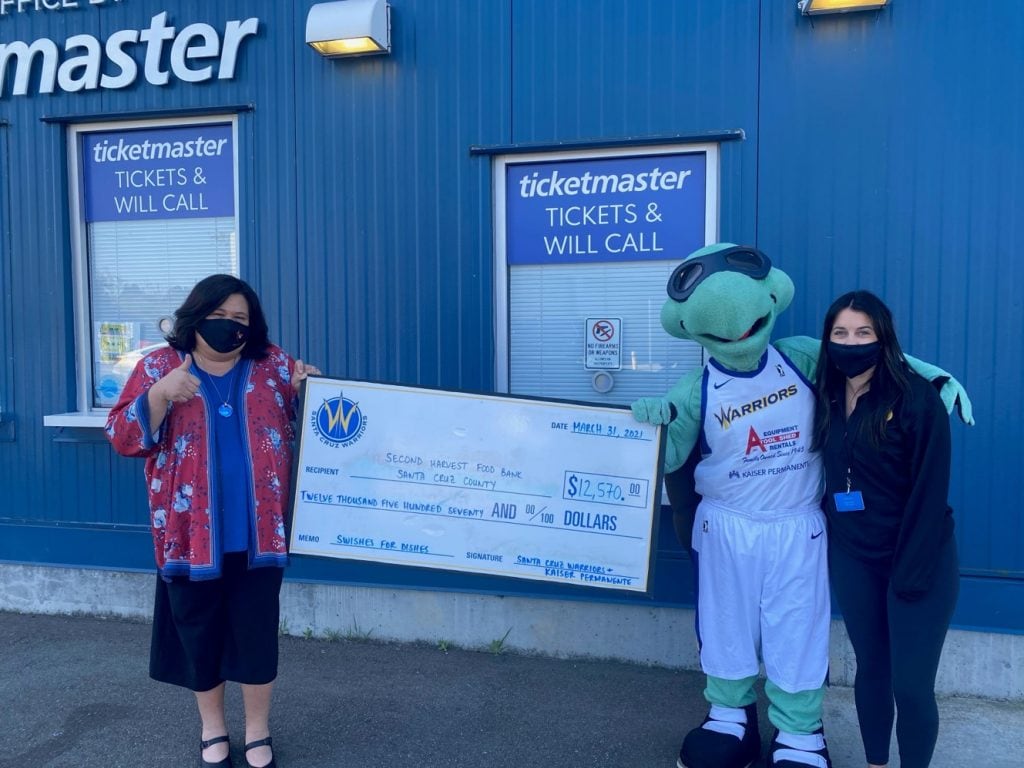 Santa Cruz scored 1,676 points throughout the regular season, which totaled 50,280 meals for the Santa Cruz community. The team’s 17 Swishes for Dishes social posts engaged over 488,000 impressions on Instagram, Facebook, and Twitter.

Launched in February of this year, the Long Island Nets created Team Up for Unity, a program focused on ensuring that racism has no place in sports on Long Island. Since February, the Nets have engaged with thousands of students in anti-racism work across the 200+ high schools in both Long Island counties of Nassau and Suffolk.

“The Long Island Nets are proud to continue to use our platform to improve the communities we live and work in,” said Alton Byrd, Vice President of Growth Properties, BSE Global. “Our goal is to combat racism in all forms and ensure equality is achieved throughout Long Island. We are honored to be recognized by the league for the important anti-racism work we are doing with hopes of inspiring the next generation of leaders in society to be change agents.”

Throughout the program, the Nets, Section VIII and Section XI provided high schools on Long Island access to information and helpful resources on diversity, equity and inclusion. These tools were shared with coaches, student-athletes, superintendents, athletic directors, principals, Boards of Education and other school administrators to help them identify and combat racism in both their schools and athletic programs.

Us at the Long Island Nets are happy to announce that we have been selected for the @nbagleague Social Responsibility Award for our “Team Up for Unity” program with @nationalgridus to combat racism in high school sports.

Proud is an understatement 💪 pic.twitter.com/E4C82ygvrt

Together, they led the video series to over 5,000 views between social media channels as it continues to engage youth players. You can find the series here.

Gamble is no stranger to the area as well, as he’s a former basketball standout at Fort Wayne’s Homestead High School and played at Davenport University in Grand Rapids, Mich. The only player in the organization’s history to have his jersey retired by the team, Howard AKA “Mr. Mad Ant” also won the G League championship during his co-MVP season in 2013-14.

“At a time where we could not connect in person with our valued families and young fans, it was critical to find a way to continue and enhance our long-standing push for educational basketball clinics,” said Dan Vance, Media Relations Manager. “Our team, especially producer Cameron Smolinske, really stepped up to figure out something unique and the knowledge and personality of Ron Howard and Nick Gamble as trainers really set this venture apart from any other idea we could have produced.”

“We are proud of our G League teams for continuing to be pillars of their respective communities,” said NBA G League President Shareef Abdur-Rahim. “G League teams have a long history of activity in areas such as Social Responsibility and Youth Basketball and Delaware, Fort Wayne, Long Island, Santa Cruz and the rest of the G League family stayed committed to making change in their communities this past year, even with the unique challenges presented by the COVID-19 pandemic.”