NBA G League Ignite continued their full-team practices in Walnut Creek, California on Friday and Saturday with their second scrimmage.

The players have taken their instruction from coach Brian Shaw seriously, but the atmosphere around the team this week has been spirited and exciting.

“Let’s just say before we started (scrimmaging), I had butterflies,” Isaiah Todd said. “I haven’t had butterflies since middle school. This has been something really exciting and really fresh in the midst of everything going on in the world.” 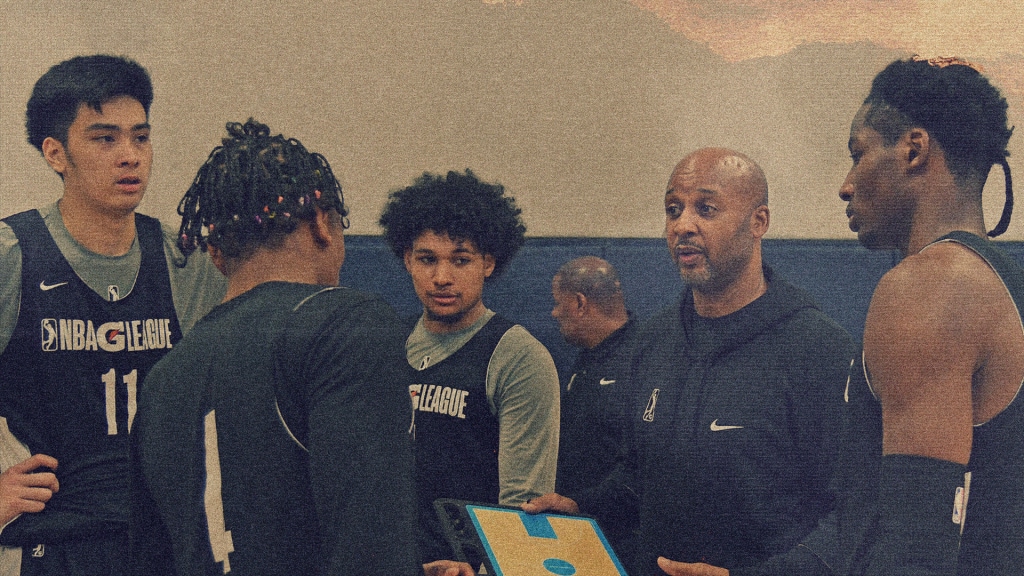 G League Ignite have a lot to be playing for, but the big moments have been met with smiles and enjoyment thus far. Kai Sotto is one example of the lighthearted nature the young prospects have taken on alongside the competitiveness, wearing his jersey in a superhero cape fashion during warmups.

Yet whether it be on the Ultimate Fieldhouse courts, in the weight room or playing 2K together afterwards, the team has created what they all call “a family atmosphere.”

Ignite’s progress has been on display for days now. Daishen Nix continued to impress on the court with his agility and swift play-making abilities. One member of the coaching staff said Nix’s transition from practice into gameplay in particular has been on-point.

Daishen Nix Cuts and Lays It In

Kai Sotto got busy on Saturday flashing some serious handles, much to the enjoyment of his teammates. The 7-foot-2 center has been getting plenty of reps in the post, only helping his physicality come forth even more.

Jonathan Kuminga has settled right into the offensive pacing of Shaw’s system, especially his ability to read the defense and attack at-will. His biggest focus during this time? “Just getting better every day,” Kuminga said. Oh – and hitting a few half-court shots to wrap up practice too.

Todd has found plenty of scoring opportunities off-the-ball, utilizing his length to his advantage and dunking any fast-break opportunity he gets. It brings out his personality often as well, most visibly through dancing in the downtime between reps.

Jalen Green has been shifty with the ball in his hands, figuring out scoring lanes in traffic and finishing around the rim. He mentions working on strength and conditioning, alongside learning how to adapt to the NBA game when talking about how he’s grown transitioning from high school basketball to Ignite.

Shaw went over film on Saturday, focusing in on decision-making and tightening up on turnovers.

While the attitude around camp stays loose, the team will continue staying focused on honing their skills and prepping for more scrimmage opportunities in the coming weeks.