Why is it important?
Showcase gives the over 200 players on NBA G League rosters a chance to shine in hopes of achieving their dream: landing an NBA contract. It takes place right before the point in the season when NBA teams can sign free agents to 10-day contracts.

The majority of players in the NBA G League are free agents who can be signed by any NBA team (click here to learn more about how rosters are built), so a flurry of deals typically occur during and after Showcase each year. More than 60 players have earned GATORADE Call-Ups during or immediately after the last 16 Showcases.

Building off the success of the 2019 Showcase Cup, the 2021 AT&T Winter Showcase will feature the expanded NBA G League Showcase Cup Tournament, a single-elimination tournament where eight teams will compete for the Showcase Cup Championship.

Where does it take place? 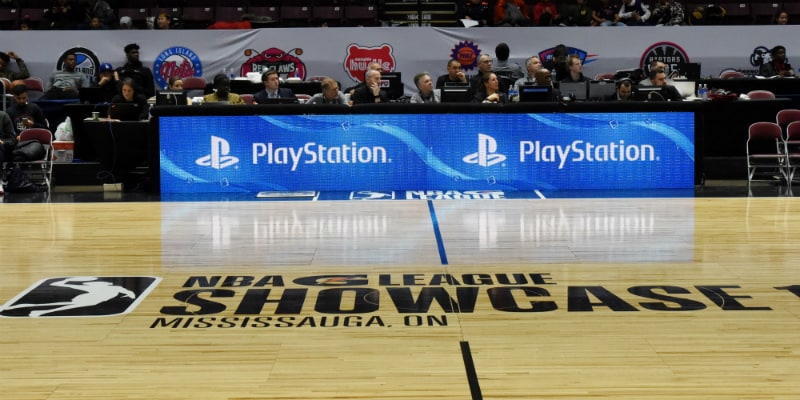 The 2021 AT&T NBA G League Winter Showcase will be held in Las Vegas, Nevada, at the Mandalay Bay Convention Center.

Which teams can win the Showcase Cup?

Beginning Friday, Nov. 5, the league’s 29 teams and NBA G League Ignite will be separated into four regional pods and will play 12 games against one another in NBA G League markets. The teams with the best winning percentage in each regional pod, along with the next four teams across the league with the best winning percentages, will play for the Showcase Cup Championship during the Winter Showcase. The remaining teams will each play two games outside of the Showcase Cup Tournament during the event.

Where are the games broadcasted?
This season, Showcase games will be broadcast on ESPN, ESPN2, ESPNU, ESPN+ and NBATV. Games will begin at 11 a.m. PT each day with four games on each court. Once the full bracket is set following the conclusion of games on Friday, December 17th, a full schedule will be made available.

Which players have appeared in past Showcases?
A host of up-and-coming NBA players have put their skills on display at Showcase over the past 14 years, especially since NBA teams often assign young talent to the NBA G League at this time.

The NBA G League did not have a Winter Showcase in 2020 due to the COVID-19 pandemic.

In the 2019 tournament, teams were ranked 1-28 based on their records through their first 12 games of the regular season. The top four teams – the Memphis Hustle (1), Wisconsin Herd (2), Salt Lake City Stars (3) and Grand Rapids Drive (4) – were placed in the Championship Bracket.

The Salt Lake City Stars won the inaugural iteration of the Showcase Cup during the 2019-20 season, defeating the Grand Rapids Drive by a score of 91-88 in the championship game on ESPN2. With the victory, the Stars were awarded a $100,000 prize for NBA G League players on their team.

Juwan Morgan led Salt Lake City to the title win by finishing with a double-double of 18 points and 12 rebounds. He also scored 26 points in the team’s semifinals victory over the Wisconsin Herd. The Stars also got key contributions from Nigel Williams-Goss and Justin Wright-Foreman.