See below for information on how to watch games on each respective broadcast outlet. For games streaming live online, the viewing link can be accessed via the game pages on NBAGLeague.com, which are found here or in the NBA G League app.

NBA G League games began streaming live on Facebook at the beginning of the 2016-17 season. Games can be accessed on the NBA G League’s official Facebook page, surfacing to the top of the page when they are live. Nationally televised games can also be watched on-demand on Facebook.

All games not airing on the below networks will stream on Facebook Live during the 2017-18 season. In addition, games that air on Eleven Sports (see below) will be available on Facebook Live within a 50-mile radius of the home and away team markets. 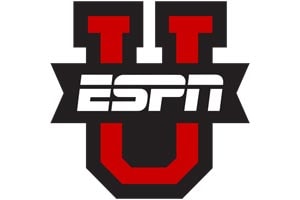 ESPNU is ESPN’s college sports-focused network. NBA G League games returned to ESPN networks in 2015. 12 regular season games are set to air on ESPNU this season, followed by up to nine playoff games, including Finals. ESPNU games are simulcast on WatchESPN.

21 regular season NBA G League games are slated to air on NBA TV this season. The schedule is highlighted by the Game of the Week, televised live on Sunday afternoons.

During the 2017-18 regular season, basketball fans can expect up to six NBA G League games to stream live on Twitch each week at twitch.tv/nbagleague.  After each live broadcast, these games will be available on demand.

The partnership expands NBA G League game distribution and aims to ambitiously innovate the digital presentation of basketball.  In addition to the main broadcast, this partnership features co-streaming with select Twitch personalities and basketball fans.  Co-streaming allows a creator to share another channel’s video feed, but with their own commentary and community, resulting in a more personalized, social experience that includes the ability for viewers to chat with commentators during the game. Click here to learn about how to co-stream a game.

The NBA G League and global sports provider ELEVEN SPORTS announced a new partnership that will include the exclusive presentation of up to 120 LIVE NBA G League regular season games during the 2017-18 season.

The live NBA G League games will be shown in five of ELEVEN’s markets – the U.S., Belgium, Luxembourg, Singapore and Taiwan. As part of ELEVEN’s strategy to deliver engaging localized content, games will be shown with local language commentary in each market. In addition, all games on Eleven Sports will stream on Facebook Live within a 50-mile radius of the home and away team markets.

Eleven Sports is available on DIRECTV (623), Verizon Fios (597), AT&T (1665), and various other cable and telco providers. In addition, you can find Eleven Sports on PlayStation™ Vue and fuboTV. Eleven Sports will be streaming a number of NBA G League games on its social platforms. Follow @ElevenSportsUSA on Facebook, Twitter and Instagram to stay up-to-date on the action.