The NBA G League will hold the 2021 season draft on Monday, January 11th at 1pm/ET. Below is a list of just some of the notable players to keep an eye on heading into the three-round event. See the full list of draft-eligible player HERE. LiAngelo Ball, the brother of NBA guards Lonzo and LaMelo, began his professional career playing in Lithuania in 2018. In July of that same year, he joined the Junior Basketball League (JBL) founded by his father Lavar Ball. In December 2019, the guard joined the Oklahoma City Blue of the G League, but did not play in the lone game OKC had scheduled before the season was cancelled due to COVID-19. In December 2020, Ball signed a training camp deal with the Detroit Pistons before being waived. 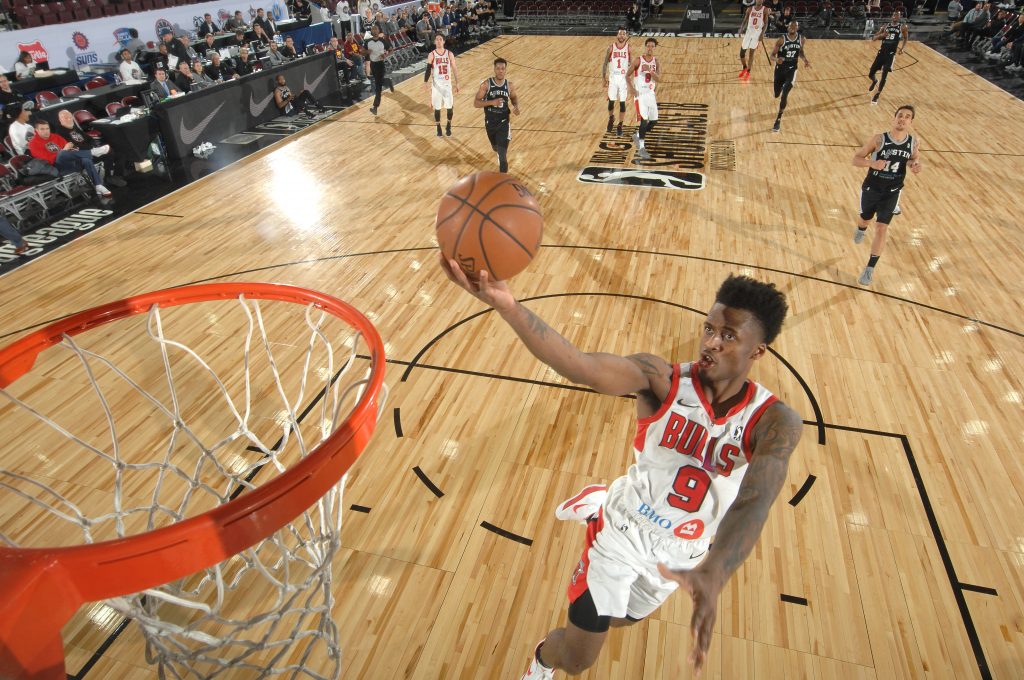 The former NBA G League Rookie of the Year (2018) most recently spent time with the Jiangsu Dragons of the Chinese Basketball Association (CBA). Blakeney went undrafted in 2017 before being picked up by the Chicago Bulls on a two-way contract. In his award-winning first season with the G League, Blakeney had averaged 32.0 PPG, 6.6 RPG and 3.9 APG. 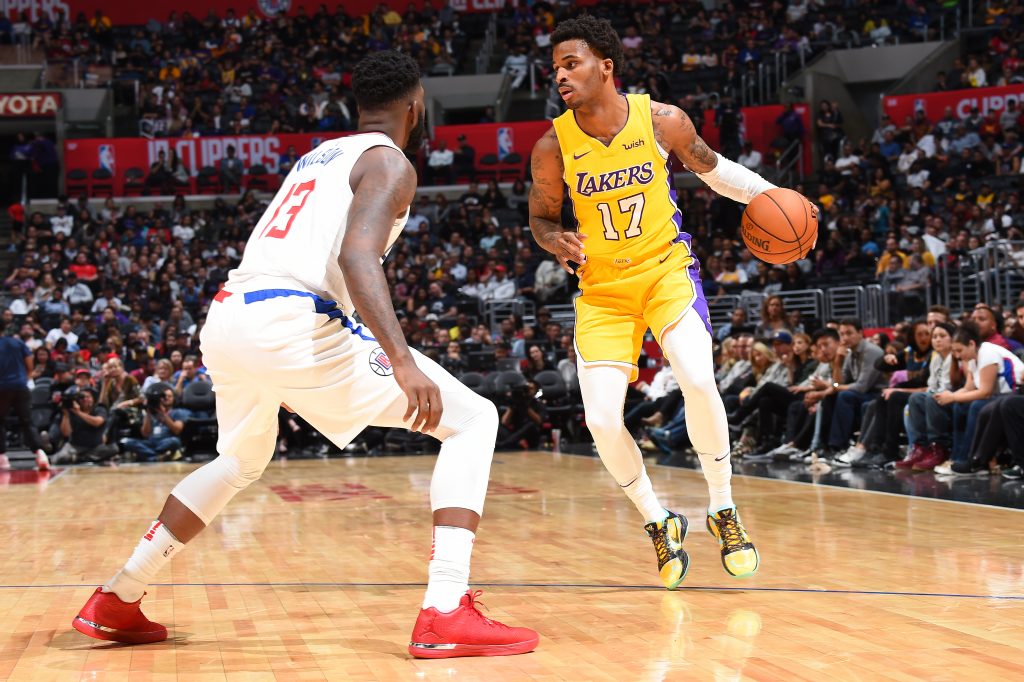 Blue went undrafted in 2013 before signing his first NBA contract with the 76ers that summer. The Marquette product was later waived by Philadelphia, played in Israel, then saw his first glimpse of the G League in January of 2014 with the both the Delaware 87ers and the Maine Red Claws. The guard, who has played in 10 NBA games in his career, would go on to spend most of his time with Los Angeles in the G League and most recently played for Golden Eagle Ylli of the Kosovo Basketball Superleague last season. 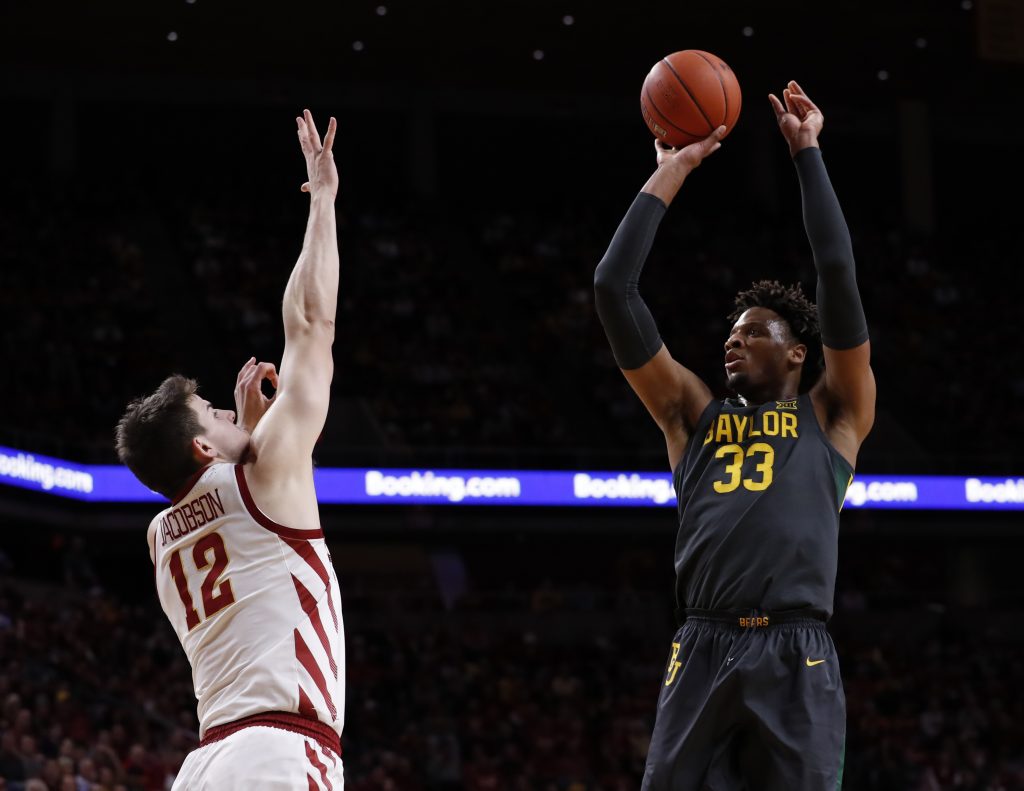 Gillespie began at DIII Carleton College before joining Baylor as a walk-on in 2018. He went undrafted in 2020, signed a contract with the Dallas Mavericks and was later waived in December 2020. 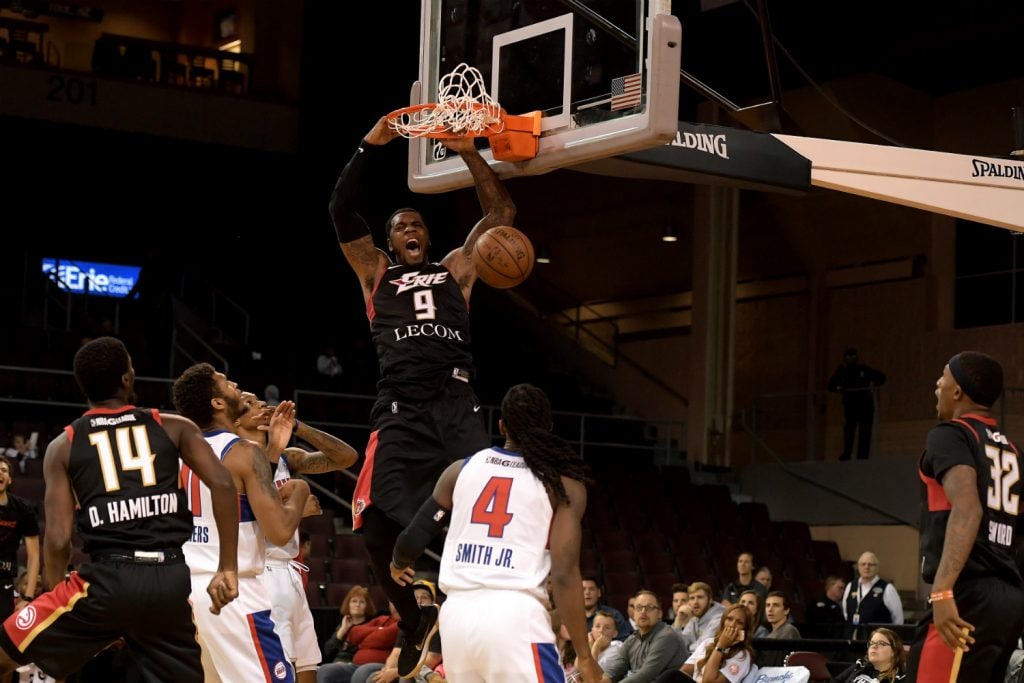 Jones has spent eight seasons in the NBA after being drafted No. 18 overall in the 2012 Draft by the Houston Rockets. In 2014, the power forward became just the second youngest to drop 30 points in a game behind Hakeem Olajuwon. He signed with the Pelicans for 2016-17 before spending 2017-18 with the Santa Cruz Warriors and then 2018-19 with the Erie Bayhawks. In his time since, Jones has played professionally in both the Philippines and Puerto Rico. 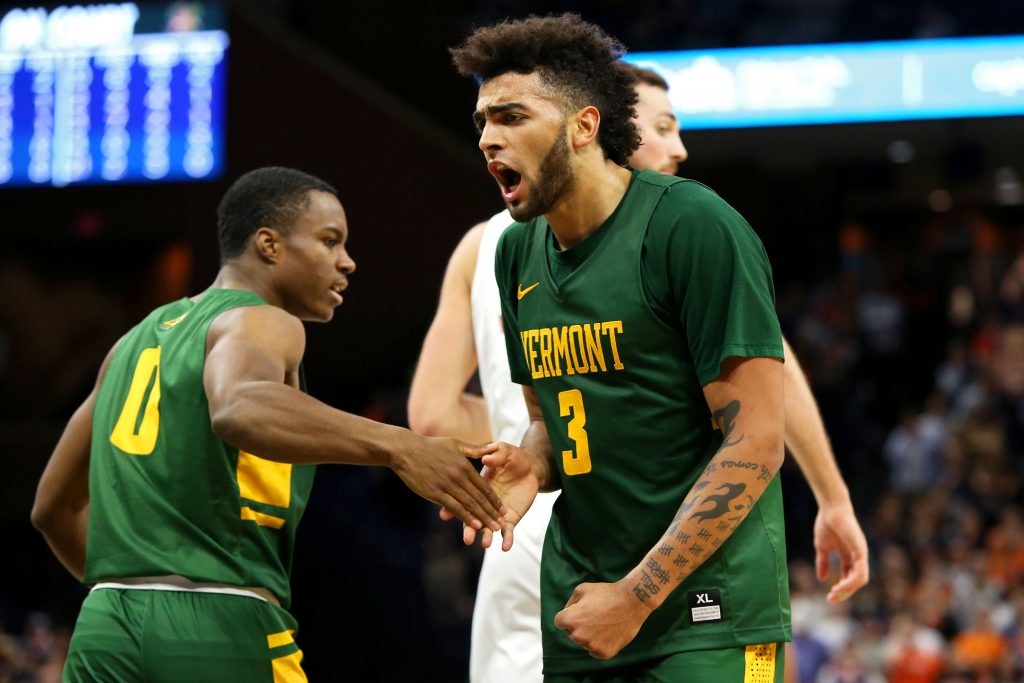 Lamb, a former standout at Vermont, went undrafted in the 2020 NBA Draft. He then signed with the Detroit Pistons, who waived him in December 2020. 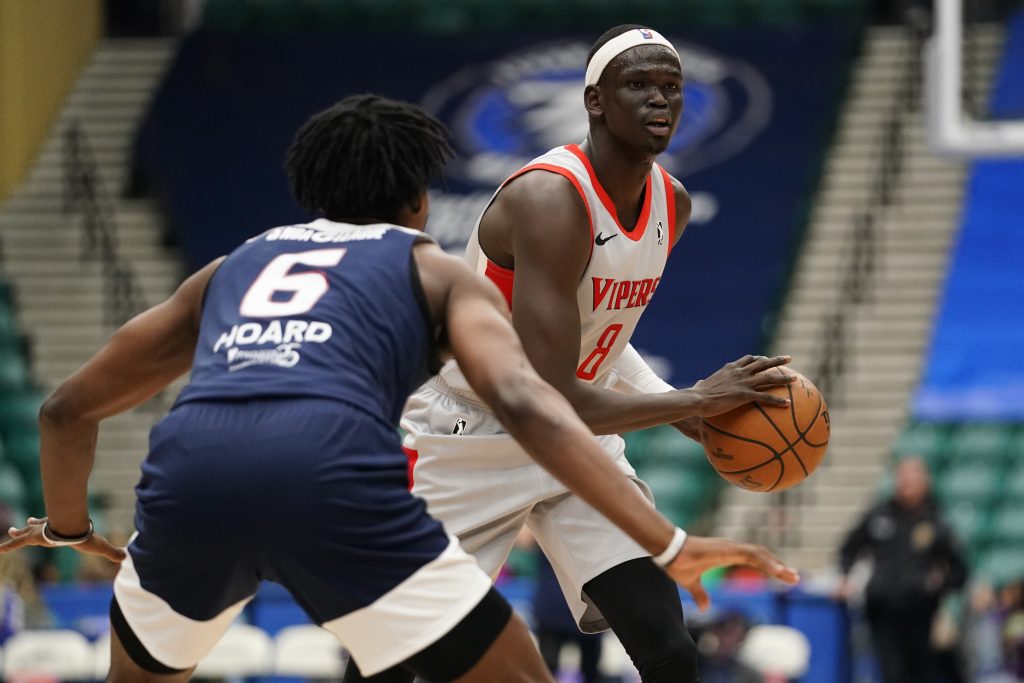 Maker spent the past year with the Rio Grande Valley Vipers in the G League where he played in 30 games and averaged 5.6 PPG and 3.8 RPG. The 6-foot-11 center is the cousin of NBA player, Thon Maker. 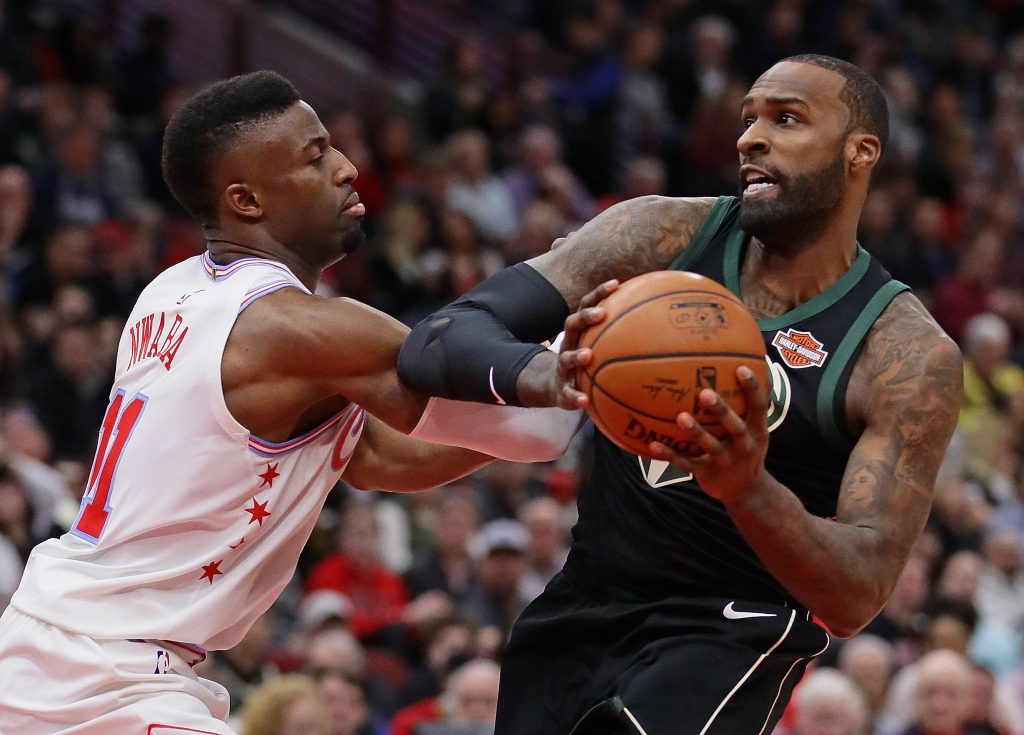 Muhammed most recently played for the Shenzhen Aviators of the Chinese Basketball Association (CBA). The guard, who was the No. 14 pick in the 2013 NBA Draft, spent his first five seasons with the Timberwolves before signing with the Bucks in 2018. In his lone season in Milwaukee, Muhammed made his first NBA Playoffs appearance where he chipped in 6.3 PPG.

Okafor’s success in basketball – and years of NBA experience – cannot be overstated. In 2004, he won the NCAA title with UConn and won the Final Four MVP. He was then drafted No. 2 overall and earned NBA Rookie of the Year honors in the 2004-05 season with the Charlotte Bobcats. The 38-year-old spent time with four different NBA teams throughout his 600-plus-games of his pro career, and had a four-year gap (2013-2017) where he battled injury before joining the Hornets in 2017-18. In November 2019, Ulsan Hyundai Mobis Phoebus (Korea) reported that they had added Okafor to their roster, where he came off from bench in his debut and contributed a double-double (11 PTS, 12 REB). Patton, who played collegiately for Creighton, was selected No. 16 overall in the 2017 NBA Draft by the Bulls before being traded to Timberwolves. He spent time with the 76ers and Thunder before eventually landing with the G League’s Wisconsin Herd in February 2020. The 7-footer played in seven games for the Herd before the season ended early due to the COVID-19 pandemic and he averaged 12 PPG, 6.6 RPG and 3.4 BPG. Patton was signed to a training camp deal with the Milwaukee Bucks in early December 2020 before being waived. 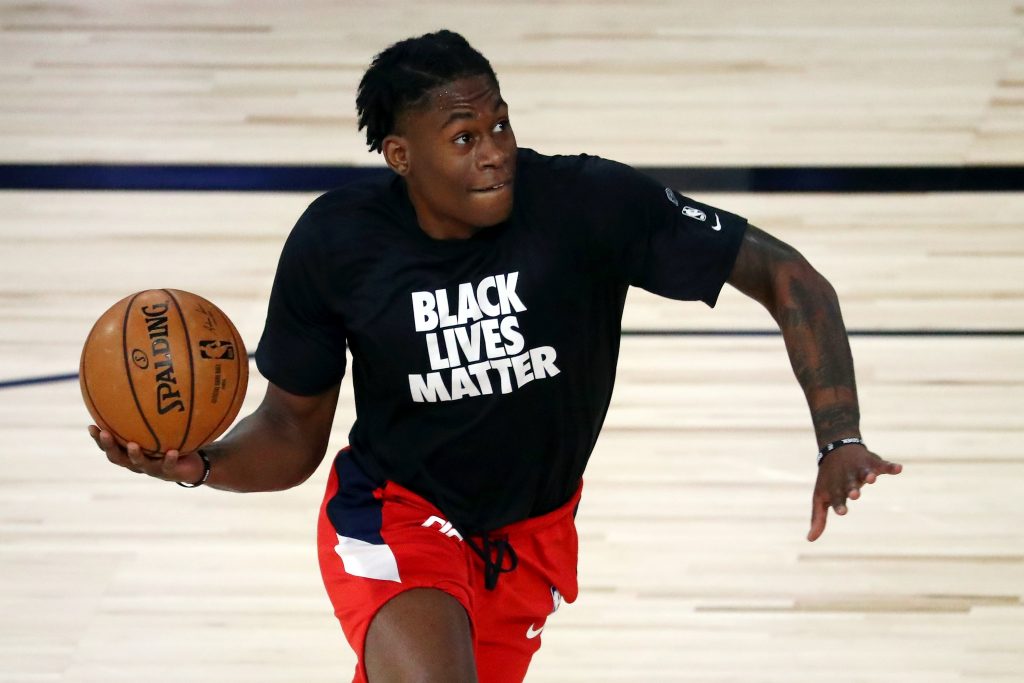 The British-American was selected No. 42 overall in the 2019 NBA Draft by the 76ers before being immediately traded to the Wizards. He played in 27 games for Washington and started all 33 games for the Capital City Go-Go in the G League, where he averaged 16 PPG, 5.5 RPG and 2 APG in his 30 MPG rotation. In November 2020, Schofield was traded to the Oklahoma City Thunder along with Vít Krejčí for Cassius Winston and a 2024 second-round pick. 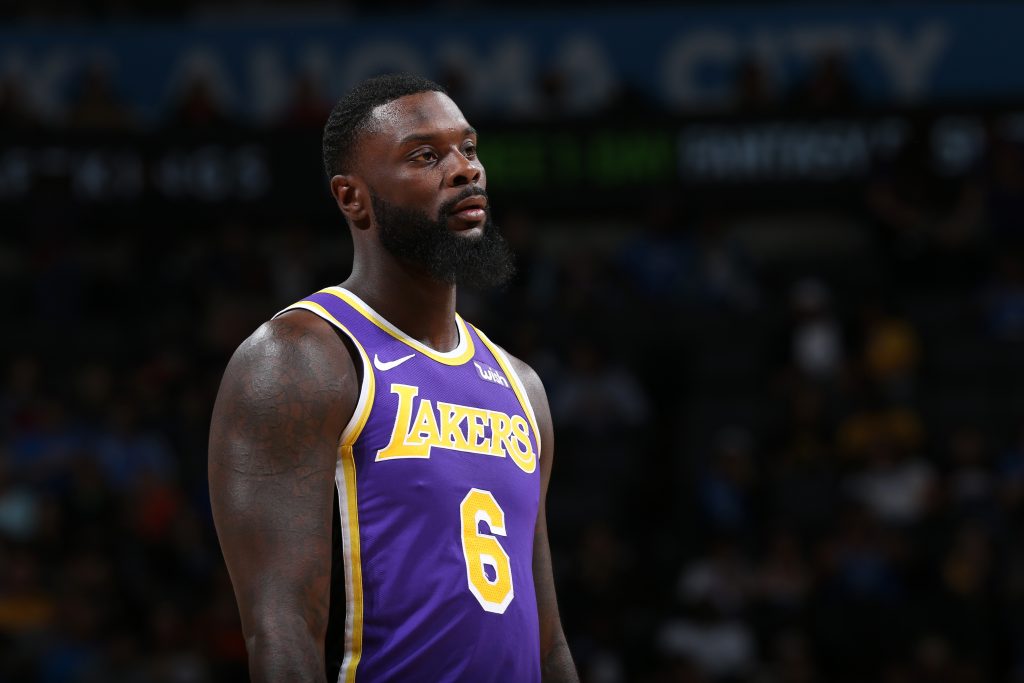 Stephenson began his NBA career with the Indiana Pacers after being drafted No. 40 overall by the franchise in 2010. The 6-foot-6 guard spent his first four seasons with the Pacers before one-year stints with the Hornets, Clippers and Grizzlies, among others. Stephenson last played in the NBA for the Lakers (2018-19) where he appeared in 68 games and averaged 7.2 PPG. The 30-year-old spent the past year with the Liaoning Flying Leopards in the Chinese Basketball Association. 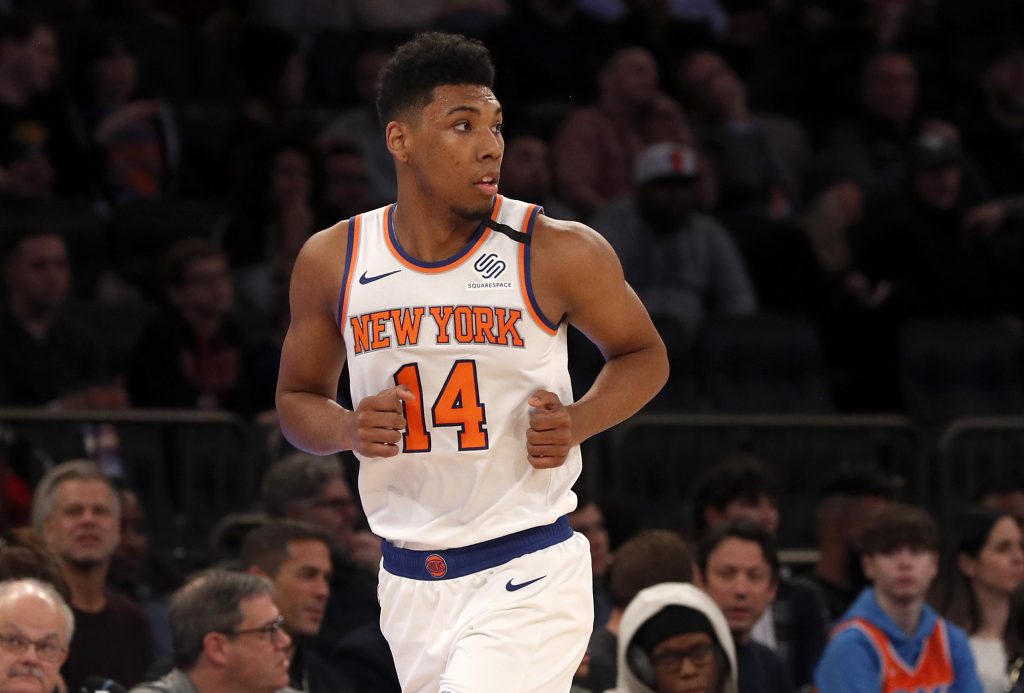