Read below for more information on the NBA G League. 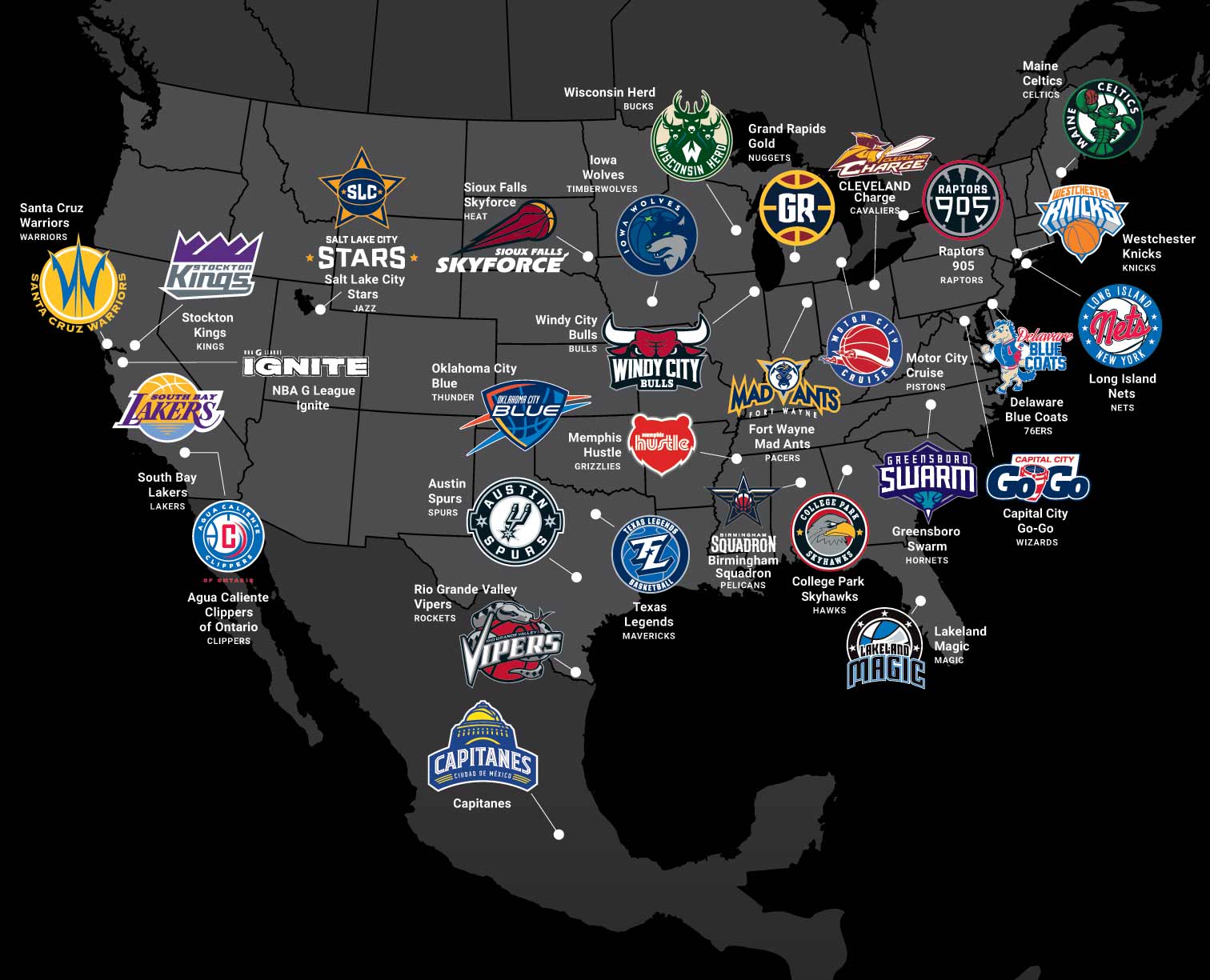 The NBA G League will feature 29 teams while NBA G League Ignite will also play against G League competition. In 2021-22, the New Orleans Pelicans well debut the Birmingham Squadron in Birmingham, Ala., while the Detroit Pistons will debut the Motor City Cruise in Detroit, Mich. The Denver Nuggets’ hybrid affiliation with the Grand Rapids Drive will begin with the 2021-22 season, and Mexico City Capitanes are also expected to make their G League debut in 2021-22.

Go to NBAGLeague.com/Expansion for more

Who are the best players ever to play in the NBA G League? What is the relationship between NBA teams and their NBA G League affiliates? How can I watch games?

Answers these questions and much more on our Frequently Asked Questions page.

NBA G League Ignite is a team for elite NBA Draft prospects owned and operated by the G League. Coached by Jason Hart, the team is dedicated to developing top young players through a program focused on NBA Draft readiness and growth of professional life skills.

Beginning with the 2017-18 season, the NBA Development League (NBA D-League) was renamed the NBA G League as part of a multiyear expanded partnership between the NBA and Gatorade. This marks the first time a U.S. professional sports league was named an entitlement partner.

>> Learn More About the Gatorade Partnership

ALUMNI IN THE NBA

An all-time high 45 percent of players on NBA start-of-season rosters for 2020-21 had NBA G League experience — 224 of the league’s 497 players. Have a look at the NBA G League alumni playing in the NBA this season.

NBA teams may have up to two players under NBA Two-Way Contracts who will spend the bulk of the season in the NBA G League and not more than 45 days with their NBA team. Two-Way players are paid a corresponding daily amount based on the number of days they play in each league. Only players with four or fewer years of NBA service are able to sign Two-Way Contracts, which can be for either one or two seasons. Click below to view the Two-Way Players signed during the 2020-21 season.

Showcase is the NBA G League’s annual in-season scouting event, when all of the league’s teams converge in one city to play in front of NBA general managers and player personnel executives from all 30 NBA teams. The 2019 event — Dec. 19-22 in Las Vegas, Nevada — marked the 16th Showcase. Due to the COVID-impacted 2020-21 season, there was no Showcase in 2020.

HOW ROSTERS ARE BUILT

Players take a variety of paths to the NBA G League as they push toward the NBA.